With Activision and Robomodo preparing to release Tony Hawk’s Pro Skater 5 onto next-gen consoles, we can again see strong demand from fans for EA to provide a competing game with a Skate 4 release date.

It seems strange that EA hasn’t come to the table alongside THPS5, as it means that Activision’s game has a free pass on next-gen as the only new skateboard game available this Summer.

We’ve seen how strong public opinion can be though in today’s industry, with many now taking to Twitter on a daily basis to bombard EA for answers on when Skate 4 will be coming. 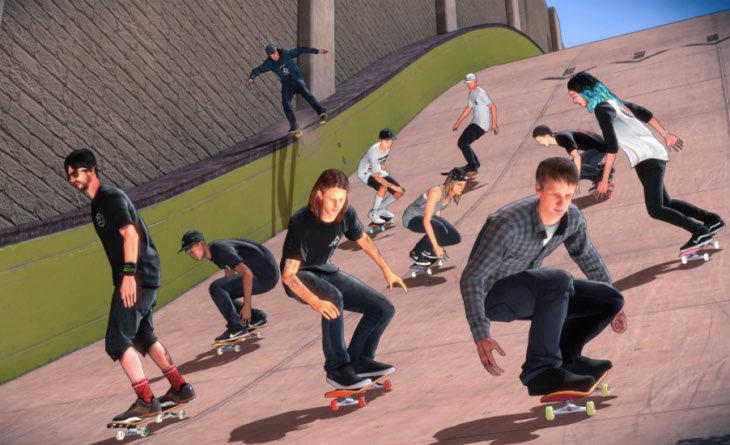 You can see one example of the recent feedback from fans below, with the user lamenting the fact that there should be competition between Tony Hawk’s Pro Skater 5 and Skate 4 rather than giving gamers only one option. 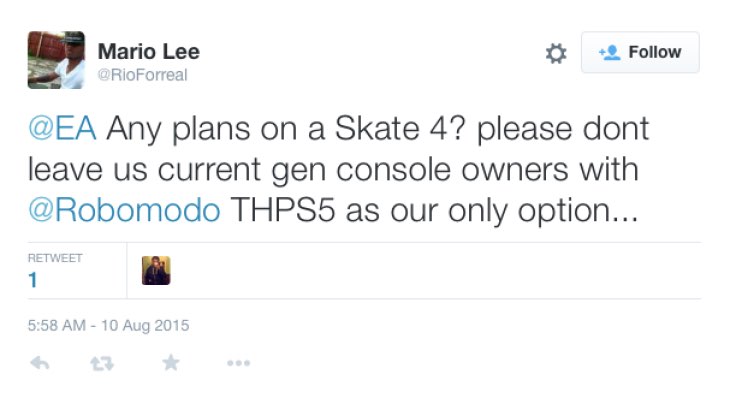 We do believe that a new Skate game will come, but obviously it is nowhere near ready which is why it won’t be coming this year – hopefully an announcement will though.

Do agree that the silence on Skate 4 has gone on long enough? If you had the option to spend your money on only one game between THPS5 and Skate 4, which would you choose and why?

There’s already been various petitions set up, so EA must be aware of the demands by now.