It was about a week and half ago that I looked into a rumor suggesting that a new Ford Torino GT could be released, and while it would not be anytime in 2015, fans were very vocal in their thoughts about the prospect. Having shared this on my Google+ account most people that commented said they cannot see it happening this year, and they are right, because such a project would still be a couple of years off.

Fans of the original Ford Torino GT seem happy about a new model being released, but it is clear opinion is divided over its design, although this opinion is only based on the images I shared. However, those images were only a concept and so were never going to be the final design. 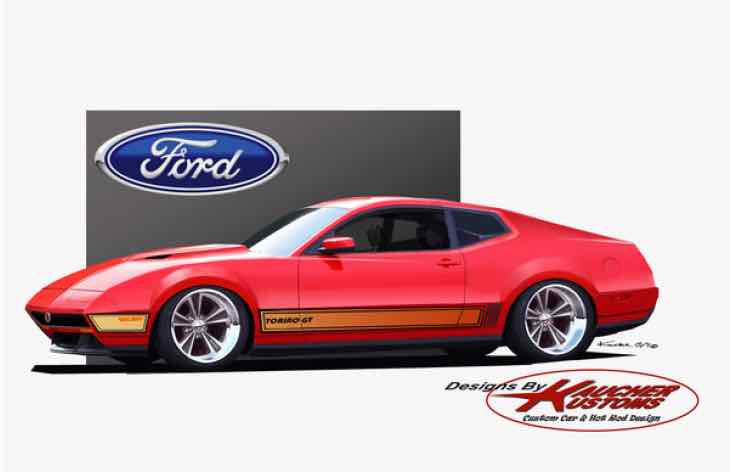 What do the fans say? — Some people are in support saying that their first car was a Torino and that a re-release would be awesome. Other fans agree that it is an amazing car and could do with a modern twist.

Not all people are pleased though, and say it was never that good of a car in the first place. They also said if it were to come back, don’t steal design features from other models, such as the Camaro or Challenger.

One comment that I found interesting was someone looking at the prospect of a modern Torino Cobra — now that would surely be something awesome?

Ok, so it is clear that a trip down memory lane with a modern twist would more than likely be very popular, but if it were to happen, then Ford needs to give us something truly spectacular, or they will only be cheating the fans.

Personally, I doubt such a vehicle would ever get made, but it is a nice thought.