With Fallout Shelter now live on Android, we can see instantly that attention has now switched to the likelihood of a Fallout Shelter Windows Phone release date ever happening.

Unfortunately, Bethesda has never mentioned Windows Phone in their release plans so if you do want it to happen perhaps now would be the time to speak up amidst the current Android buzz.

We can see that a petition for a Windows Phone release is already in motion, while some of you have been taking to Twitter today, asking Bethesda execs such as Pete Hines for answers to Fallout Shelter coming to Windows Phone or not. 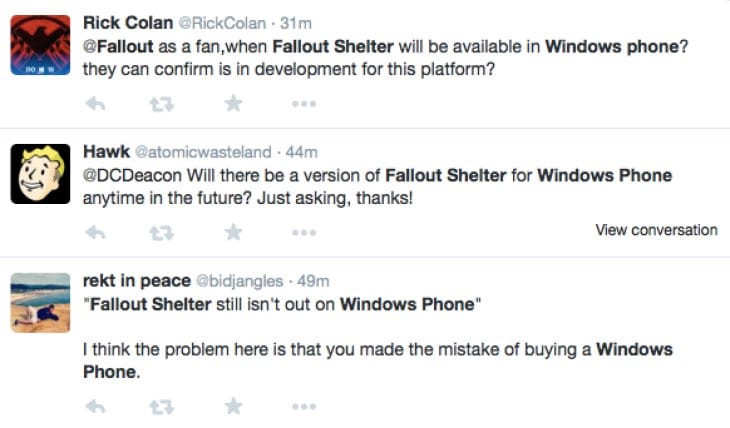 Hopefully Bethesda will respond to the demands soon, but you really shouldn’t get your hopes up since many other developers choose to ignore Windows Phone completely.

Bethesda are generous people though so they are probably more than willing to listen. Do you want to see this game on your Windows Phone device? If so make your voices heard below and we’ll update you once we hear any news back.