A few days ago, Jamie Pert brought you news on the announcement of an upcoming patch for the Fallout: New Vegas game. We can now tell you that the PlayStation 3 version 1.02 patch has arrived, with the PC and Xbox 360 versions expected to arrive sometime in the early part of next week.

According to a recent article by Mike Jackson over at computerandvideogames.com, the new patch is aimed at fixing quite a few issues that players have been reporting since the game’s release, including DLC error/save corruption and the glitch that occurred when applying mods to the weathered pistol. 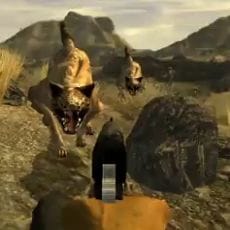 The new patch now means that companions will show up as waypoints on the map and will always fast travel with you, unless they are sent away or told to wait. The new patch also addresses issues in areas such as Hardcore Mode, Radio Stations, Crafting Menu and Perks.

A few of the quests that have received fixes in the version 1.02 patch include King’s Gambit, The House Always Wins, Wild Card, My Kind of Town, GI Blues, How Little We Know, That Lucky Old Sun and Restoring Hope. You can view the full details of all fixes included in the 1.02 patch via CVG.

What issues have you been experiencing with the Fallout: New Vegas game? Do you own the PC, Xbox 360 or PlayStation 3 version?