If you ignore a few minor bugs upon launch it would be fair to say that Fallout: New Vegas was received very well and after continual, flourishing developments, we are here to bring you more news about its latest batch of downloadable content. Now that the Honest Hearts and Dead Money DLC releases have arrive people were wondering what the game’s next lot of downloadable content will bring, today we can confirm lots of information regarding thr ‘Old World Blues’ content thanks to a recent post from WorthPlaying.

Old World Blues is set to continue on the story from a new angle. This side-story aims to show us how some of Mojave’s mutated creatures came to exist. What we also find with this storyline is that it will take place in the Pre-War research centres of “The Big Empty” which should help to explain how Father Elijah came to find most of his equipment before the story told in Dead Money.

The release date given for this exciting new chapter by the folks at Bethesda is said to be July 19 on Playstation 3, Xbox 360 and PC, as you would have probably guessed it will cost 800 MSP on Xbox Live or $9.99 for Playstation 3 and PC gamers. 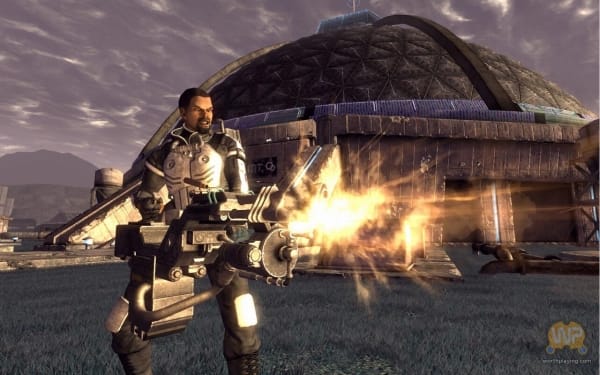 The latest in the series of add-ons for the game will bring the gamer an even greater chance to test the boundaries of this game and push them to the limit with this new storyline and environment to explore. The user will have the chance to join forces with groups or turn their back on them which will affect the plot and the outcome of the story altogether.

There have been 5 screenshots released which show glimpses of the DLC all of which can be seen over at WorthPlaying.com (link in first paragraph), we have embedded a couple within this post but there isn’t much insight to be gained from them. It has been said by Vault (The Fallout Wiki) that this DLC in particular will enable the user to alter their character’s look and will allow you to cap your level at 30, this alone may make it a worthy purchase.

Alongside Old World Blues, the Fallout: New Vegas Wikipedia page already states that there will be another instalment of DLC in the planning stages. Thisis being dubbed “Lonesome Road” however we are not certain whether this is official as yet. This will take you back to the beginning of the game and continue a side story from here.

We think that the price seems quite reasonable considering how much you will be getting for your money, we have also been promised some new shiny new guns! Will you buy the Old World Blues DLC? 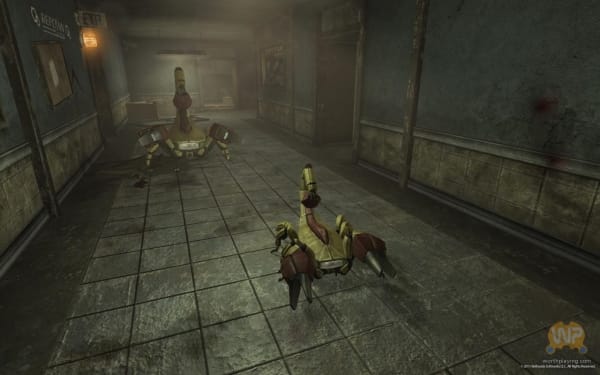