With Automatron now firmly in the hands of Fallout 4 owners, attention has naturally shifted to the Fallout 4 Wasteland Workship DLC release date, with Bethesda having only previously stated that it is due for launch in April.

With that in mind, you can bet that fans are now hounding Bethesda as well as Pete Hines on Twitter for the release date, since it could be announced at any moment.

Will Bethesda wait until the end of the month, or will they drop a surprise and release it in the coming days?

For those that are still not aware, Wasteland Workship is going to be all about personal customization. We’ve seen this type of expansion pack as a trend in previous games such as Elder Scrolls and now with the Workshop you’ll be able to set your own cages to capture creatures such as Deathclaws. 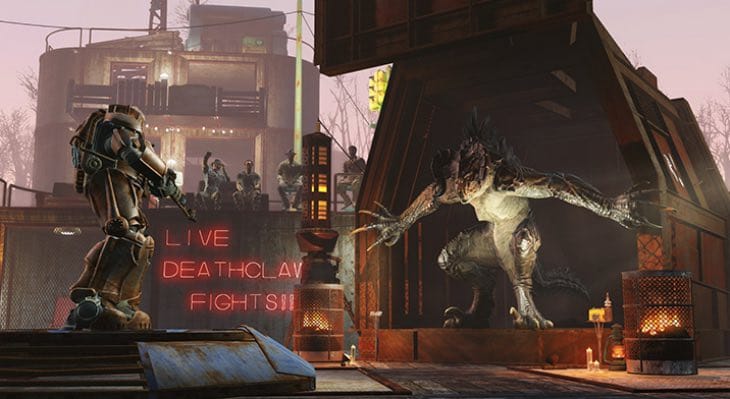 You’ll then have the option of taming them to use for your own devices, or even set them upon your fellow settlers if you prepare.

This DLC pack is also going to contain a significant amount of customization tools for your settlement to make it a home that stands out among the rest.

It’s included with the Season Pass of course, but if you need a reminder, the Fallout 4 Wasteland Workshop DLC price is £3.99 in the UK and $4.99 in the US as a standalone purchase.

Are you looking forward to these extra tools for your settlement? Let us know what creatures you want to tame and use! We’ll update this once we have an announcement from Bethesda regarding release.