We have some more analysis to bring you now, following on from the massive Fallout 4 PS4 Pro patch which was billed as a game changer for a title that has been known to suffer from performance issues on console.

We’ve already looked at how Fallout 4 with the PS4 Pro patch shapes up against the Boost mode, but now it is time to look at one of the best and professional comparisons we have seen with regards to Fallout 4 differences between a normal build and the PS4 Pro build with 4K enabled side-by-side.

The results look very impressive from where we are standing, but that hasn’t stopped the legion of PC owners who say that there are hardly any differences and that it ‘isn’t even true 4K’. 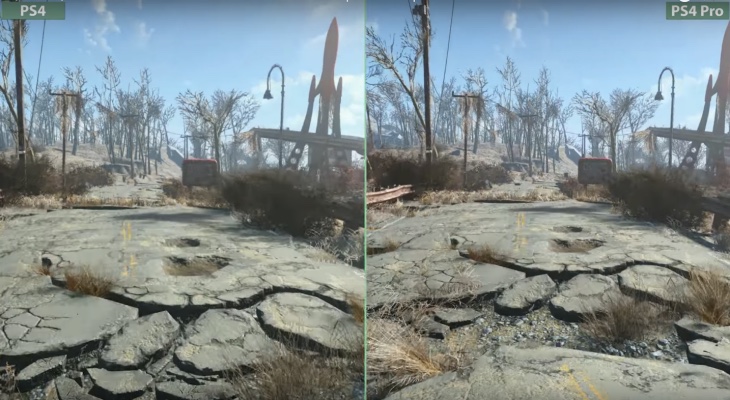 As a reminder, the PS4 Pro patch enables 1440p and also benefits from enhanced draw distance for trees, grass, objects, and NPCs as well as enhanced godrays.

Take a look at the video below courtesy of Candyland for the excellent analysis and remember to bump up the quality to 4K if you have a monitor that supports it – criticism from PC gamers are included in the video comments.

This patch took a long time to arrive, so would you say that it was worth it judging by the comparison below and would you also say that the PS4 Pro upgrade is now worth it after seeing patches like this?