Last week we were treated to an amazing Fallout 4 live-action trailer. Now, we have some good news specifically from Bethesda’s Pete Hines with regards to the Fallout 4 PS4 framerate.

We have all been mesmerized with gameplay in the build up to launch and if you were still unaware as to what the framerate of Fallout 4 on console will be – allow Pete Hines to remind you.

He has confirmed that Fallout 4 on PS4 will be running at a ‘solid 30FPS’ but that fans will be ‘pleased’ with the results. 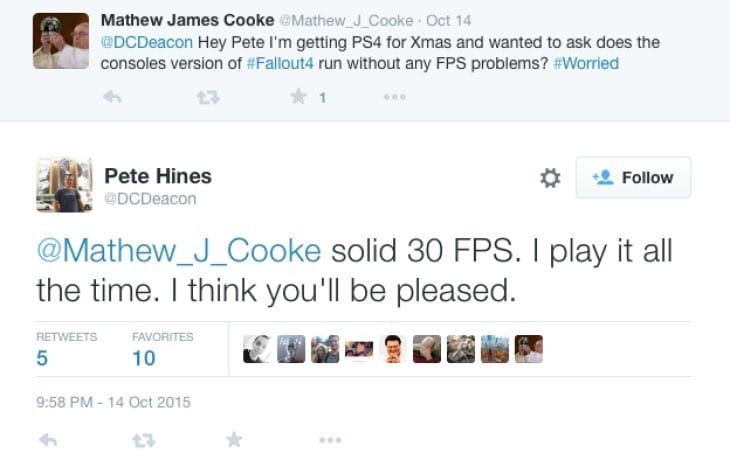 Some will have obviously hoped to see 60FPS for Fallout 4 on console, but we doubt anyone will mind when the gameplay is looking as good as it is.

Remember that Fallout 4 is due out November 10 so we have less than a month to go which is very exciting indeed.

Are you satisfied with Fallout 4 running at a solid 30FPS given how good it looks already and Bethesda’s reputation to deliver the best?