As the entire gaming universe patiently waits for Bethesda to disclose plans for Fallout 4 DLC on PS4, Xbox One and PC, we wanted to remind you that there will not be any exclusivity agreements in place.

Many PS4 owners are under the assumption that they will have to wait until Fallout 4 DLC is first released on Xbox One before getting it themselves.

This isn’t the case, as Bethesda’s Pete Hines has reiterated that the agreement made with Microsoft only applies to mod content – not DLC. 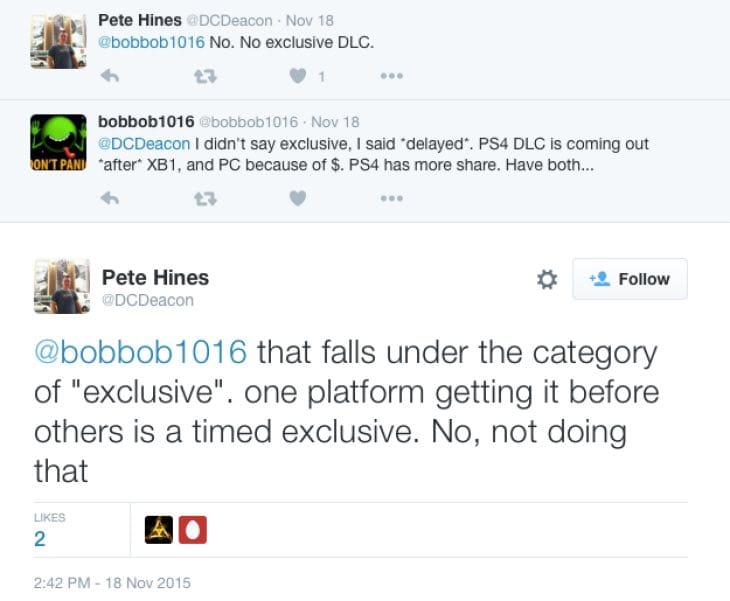 You can see from the Twitter exchange above that there is no Fallout 4 DLC exclusivity agreement in place and so it means that PS4 and Xbox One owners will get Fallout 4 DLC at the same time.

This is obviously great news, if you didn’t already know. In the meantime, it almost feels like a ‘pin drop’ can be heard with regards to waiting on Fallout 4 DLC to be announced – everyone wants it, but Bethesda are still not going public just yet, adding to the climax perfectly.

Let us know how you are getting on so far with your Fallout 4 adventure and what ideas you currently have for DLC.