We now have an important heads-up to all Fallout 4 fans thinking of picking up the PC version, widely regarded as the ‘Ultimate’ version to own.

Bethesda has now released the Fallout 4 minimum PC system requirements list, so now we can let you know exactly what you will need to run Fallout 4 PC on low and max settings and answer the question once and for all on ‘Can my PC run Fallout 4’?

For the bare minimum Fallout 4 PC system requirements, you are going to need a 64-bit version of either Windows 7,8 or 10. 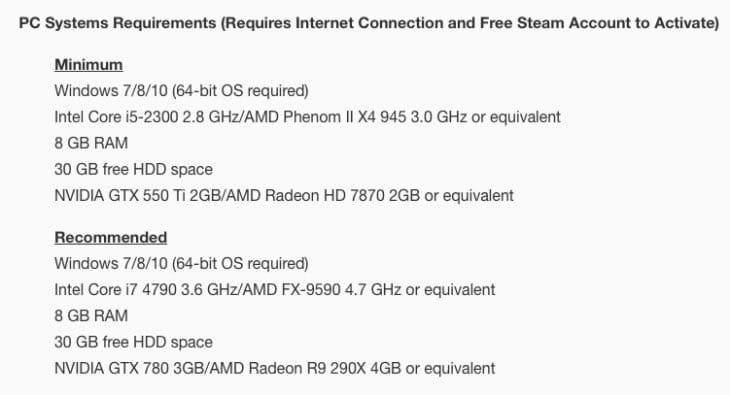 In terms of graphics, Bethesda says that you can run Fallout 4 on PC if you have an NVIDIA GTX 550 Ti 2GB/AMD Radeon HD 7870 2GB graphics card or something of a similar spec.

So those are the official Fallout 4 PC specs requirements straight from Bethesda’s technical team. Let us know if you can run Fallout 4 on your PC, on the minimum settings or even the recommended ones.