If you are still clinging on to the Fallout 4 dream in 2015, we have some fresh information for you which may cast another shadow on the likelihood of seeing Bethesda’s game announced this year.

It seems to be the worst kept secret in the world, as if everyone knows it’s coming sooner or later but Bethesda are still unwilling to budge in terms of giving out any information.

Having said that, the company has just teased its E3 2015 lineup and surprise surprise – Fallout 4 is not on the list. 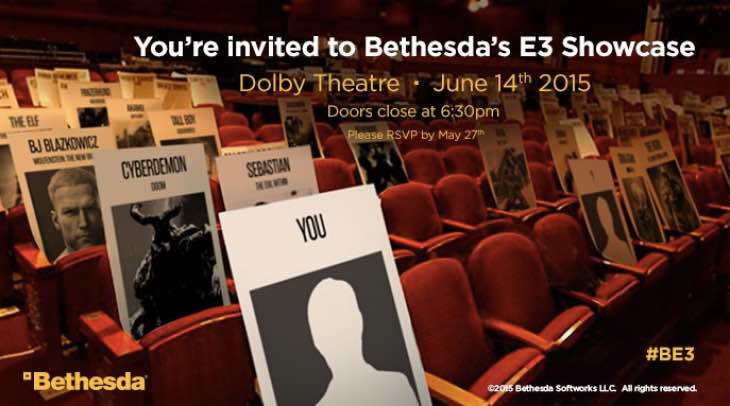 The games that are on the list however include DOOM 4, The Evil Within, Elder Scrolls Online and Dishonored. So while it may be disappointing that Fallout 4 is still not ready – going by the poster above, it’s still very exciting to see that E3 2015 could bring reveals for Dishonored 2 and DOOM 4.

Both games would be a hit with fans in our opinion and it definitely feels right to see Dishonored 2 now after a period of absence since the first title – which actually arrived on PS3 for free this month with PS Plus.

Of course, Bethesda may still have a few surprises up their sleeves so let’s hope that we still see Fallout 4 announced at some point next year.

Don’t get your hopes up on seeing it at E3 2015 though – this is perhaps Bethesda’s way of letting fans down gently and basically saying that Fallout 4 is still not ready.