We have a word of warning to all Fallout 4 players on Xbox One now, as Bethesda has given advance notice that Fallout 4 mods will be down today, September 27 for surprise maintenance.

Bethesda hasn’t said what the maintenance is for, but did say that fans should ‘stay tuned for updates’ following on from maintenance which is intriguing. 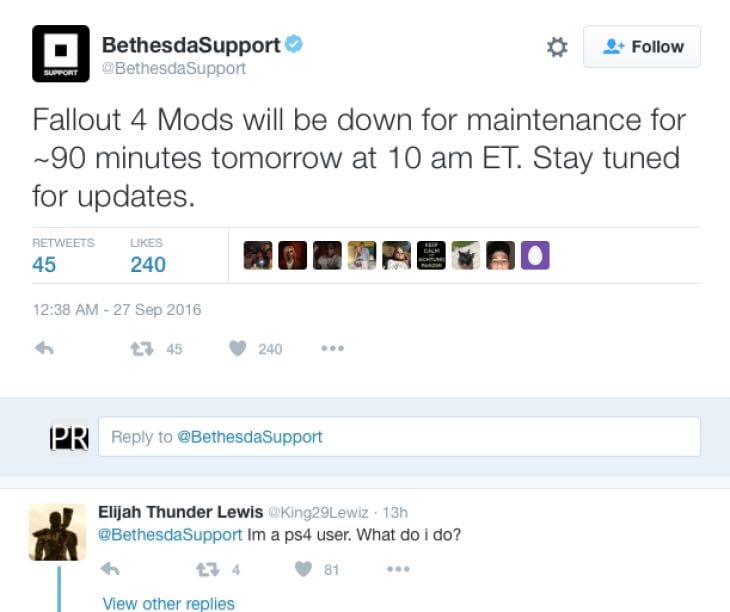 As you can see above, one PS4 user wasted no opportunity into simply asking Bethesda ‘so what should I do’? The reason for this of course is that Fallout 4 mods on PS4 have been blocked by Sony and as a result, millions of players have been left out of the party.

You can see the full exchange here with other frustrated PS4 users asking Bethesda every day for a status update. What is the reason for the maintenance though?

Bethesda has said that mods should be back up today at 11.30am Eastern Time, so let us know if they still don’t work after that.