If you are just getting started on Fallout 4’s Far Harbor DLC, you are most likely going to want to know how to find the Fallout 4 Marine Combat Armor shipment locations, as Bethesda has put a brand new armor set into the game for players to find.

To get the Marine Combat Armor in Fallout 4, you’ll need to find three shipment locations all three of which reveal chests that include the parts you need. 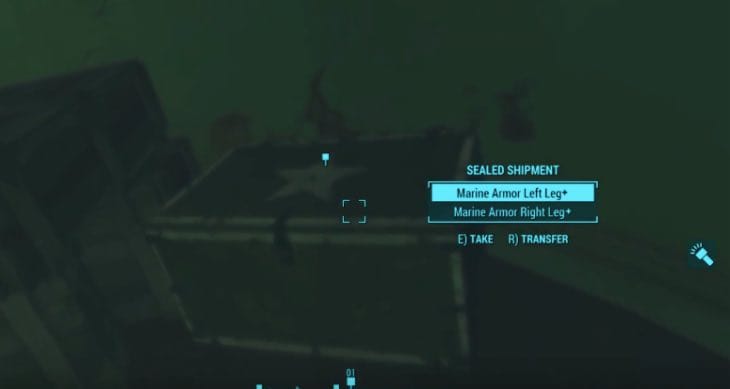 Some of the chests will also include pieces for different suits such as the Marine Wetsuit and also a Tactical Helmet. We’ve included screenshots here showing some of the chests being opened with pieces inside, but watch the video below for a more detailed Marine Combat Armor location walkthrough for a better idea.

Bethesda has said that this is the ‘best armor’ you can get aside from the Power Armor so it is well worth putting some time aside to take care of this piece of business first.

Have you unlocked the Marine Combat Armor in Fallout 4 yet? Leave your thoughts on it below for other players to read!