Fallout 4 has only just launched, but we can see that there are already several reports suggesting that the game has issues with Fallout 4 framerate problems on console.

To give you some insight into this, we can bring you a very useful Fallout 4 PS4 Vs Xbox One gameplay video which specifically looks at the framerate differences between the two consoles.

Many gamers have been waiting for this kind of analysis to arrive after launch and now the guys over at Digital Foundry have not disappointed. 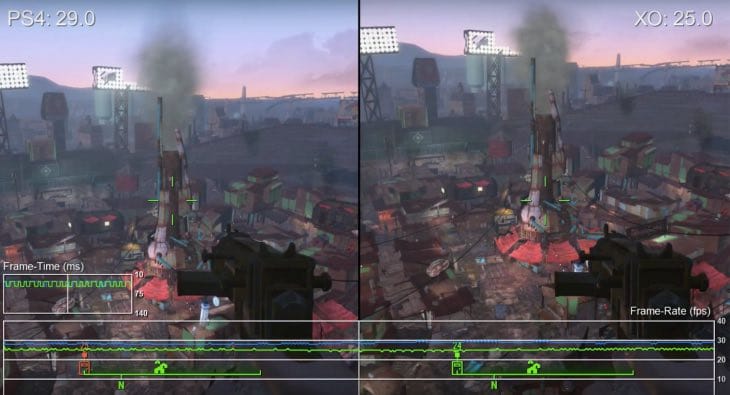 In some severe cases, the video has also shown evidence of the Fallout 4 framerate dropping to below 20 on Xbox One – despite the fact that the game should be locked to 30 FPS.

The PS4 version doesn’t get off easy either, as in some combat scenes we can see that the PS4 version also suffers from framerate issues in some instances. 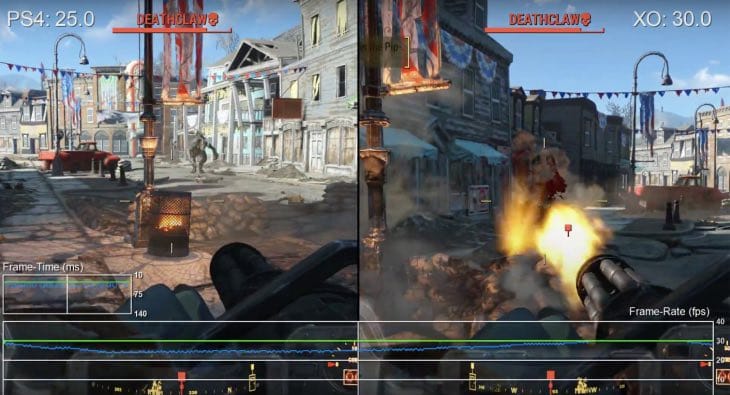 Watch the video for yourself and give us your reaction to it. Obviously Bethesda will be keeping an eye on the feedback coming in, so do you predict that a swift Fallout 4 console update to improve framerate will be coming?

We can also see that PC owners are taking this opportunity to boast about the console framerate on social media so give us your thoughts on that also.

Do any of you regret buying the game on console or not?