Bethesda are sure taking their time announcing when Fallout 4 DLC will finally be out. The developer hasn’t said a word on when the first DLC expansion will be available and we can see that some players are starting to get frustrated about it on social media.

Add to the fact that there has been no concrete announcement on when the Creation Kit is out for PC and console, and you can understand why players are starting to get a little itchy.

You probably don’t want to be reminded either that the Fallout 4 1.3 console update is still not out after initially being scheduled by Bethesda themselves at the end of last week.

The good news however, is that the mod community continue to work hard on the game and Bethesda has some great inspiration if they are currently struggling for ideas if this is really what is taking so long. 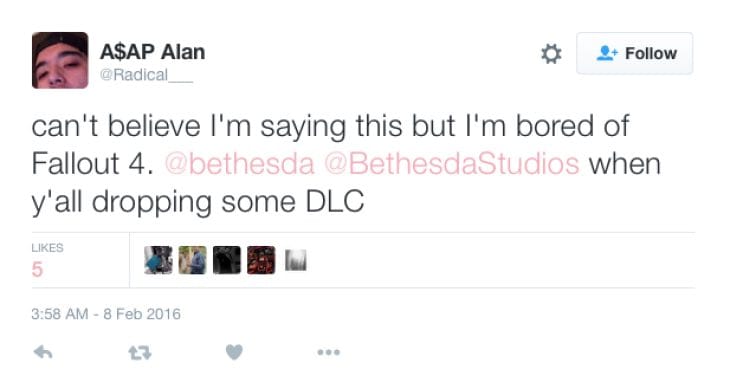 A fantastic article which we’ve picked out here lists some mods that could actually be good candidates for Bethesda to create their own official version of.

Some examples include a Craftable Ammo mod to let players use crafting components to create ammo which is badly needed in the game. Then there’s the Traits and More Perks mod by Cirosan which allows players to craft special chems that can offer permanent Traits and Perks based on the Traits featured in previous titles.

Fallout The Frontier is an amazing project which you should check out as well, allowing players to explore the possibility of a different ending to Fallout 4.

Bethesda could well take ideas from any of these mods, so let us know what you think about the ongoing wait and more importantly – the complete silence on when the first pack will actually be available.

Would you appreciate at least an update from the developers on what is going on?