Bethesda has given another update on the Fallout 4 Creation Kit release date status and it is good news. We know you have been waiting a long time to play consoles mods on Fallout 4 and now the developer has confirmed that it is definitely happening next month.

For Xbox One owners at least that is. Remember that Microsoft has an exclusive agreement in place with Bethesda so that Xbox One players will get Fallout 4 mods one month early before they arrive on PS4.

Now Bethesda has released a video showing off the Creation Kit tools that PC players will get, but more importantly showing the streamlined UI interface that all players can access on console too.

It looks amazing and starting from May, Xbox One owners will be able to head into the game and access the mod interface as you see in the video and simply download the mods that you want – all for free. 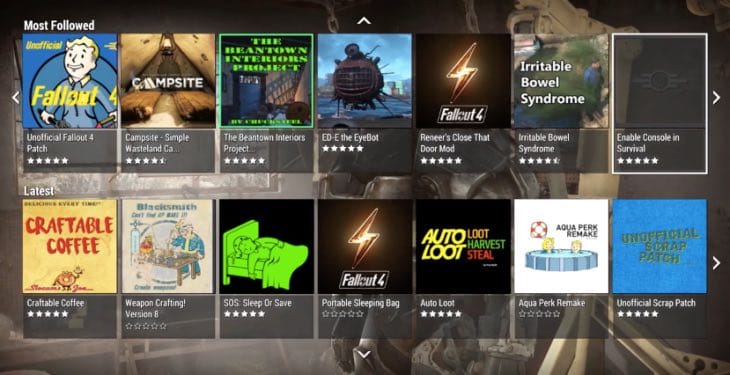 Bethesda has designed it so that PC users can upload their mods into one central hub which is going to be accessible to all players.

Check out the video below for a closer look at how it is going to work. The mods will be available in May for Xbox and June for PlayStation, with Bethesda saying that it could change console gaming. 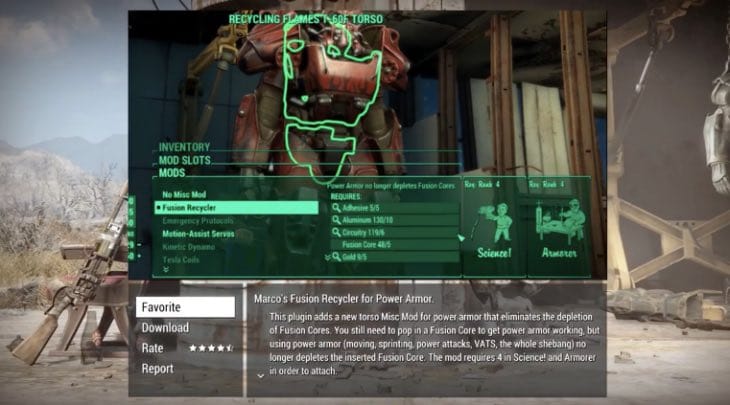 Remember this has never been done with any Bethesda game in the past, so having mods available on console is extremely exciting.

Are you happy to wait as long as it takes – what kinds of mods do you expect PC players to build for you?