With all of the talk of the upcoming Wasteland Workshop DLC for Fallout 4, some may have forgotten that there has still been very little information given on the missing Fallout 4 Creation Kit DLC.

This free pack of tools is what some players are waiting for the most above any of the remaining DLC packs included with the Season Pass.

The last ‘official’ word on the Creation Kit was that it was coming in April to PC – Todd Howard said so here. After that it will be available one month later on Xbox – May and then another month for PS4 – so June. 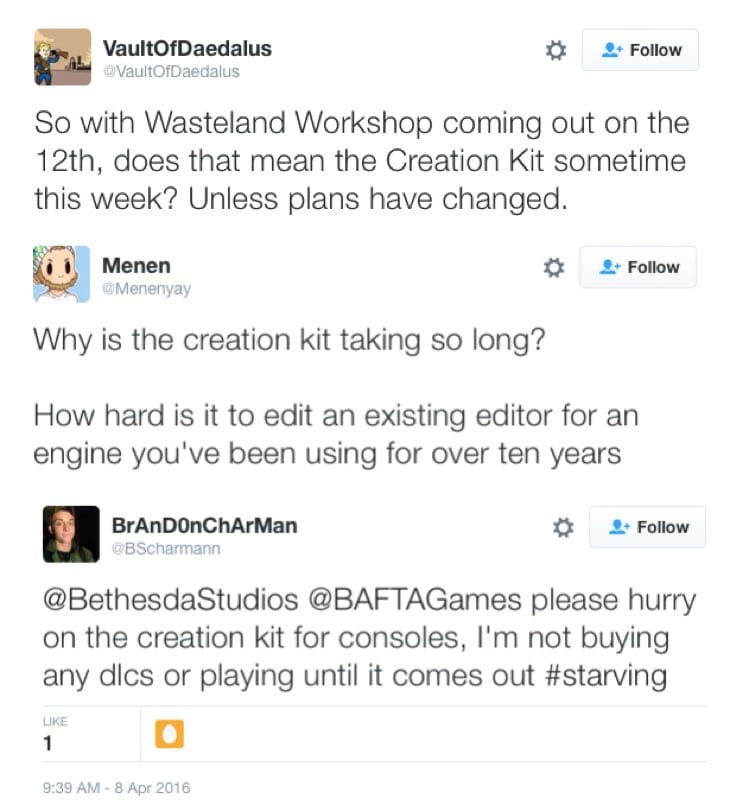 This is probably why we haven’t heard anything, although you would expect at least something if it is still coming to PC in April.

This has been reflected by the Tweets we’ve picked out from the community above, with some saving that they are literally starving for the content.

Do you agree it would be nice to get an update on the progress of the Creation Kit? Leave us a comment below if you are getting frustrated, or don’t mind waiting for as long as it takes.