We have some important news for Fallout 4 owners now, as Bethesda has just gone live with the general Fallout 4 1.5 update notes for PS4, Xbox One and PC.

The Fallout 1.5 beta is now live on Steam adding Survival Mode changes along with some other big fixes. We’ve listed everything here to make it easier for you, including all of the general bug fixes that apply to all platforms with some specific fixes in there for PS4 too. 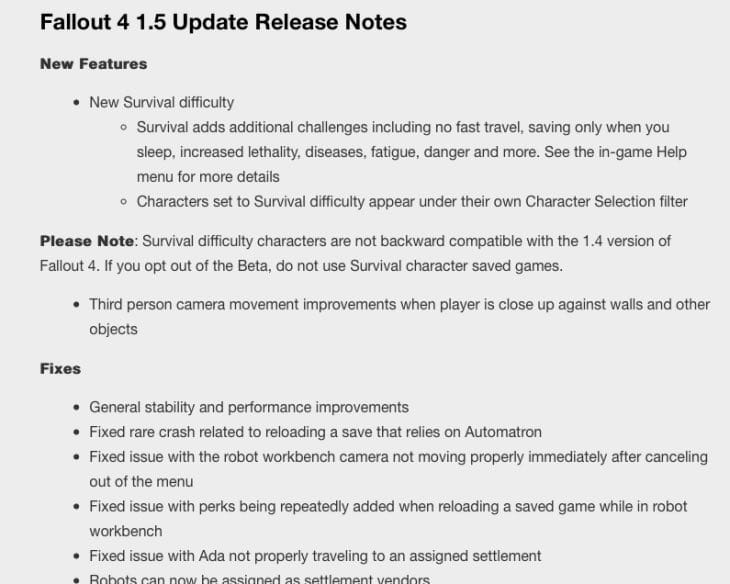 Bethesda has also taken the opportunity to say that the Creation Kit is still being worked on, but no solid release date yet which may disappoint many of you.

Survival Mode for PS4 and Xbox One will be rolled out with the 1.5 update so now PC users get the chance to beta test it and preview it early.

Take a look at the notes and give us your thoughts on the new changes.