This is a fairly significant update too, with Bethesda adding some nice settlement improvements in this patch – one of which now shows settlements under attack with an updated message with the results of the attack if player does not respond.

As usual, there’s another big wave of quest fixes to read through such as the “Kremvh’s Tooth” item not spawning and fixes specifically for the “Rocket’s Red Glare” and “Getting a Clue” quests. 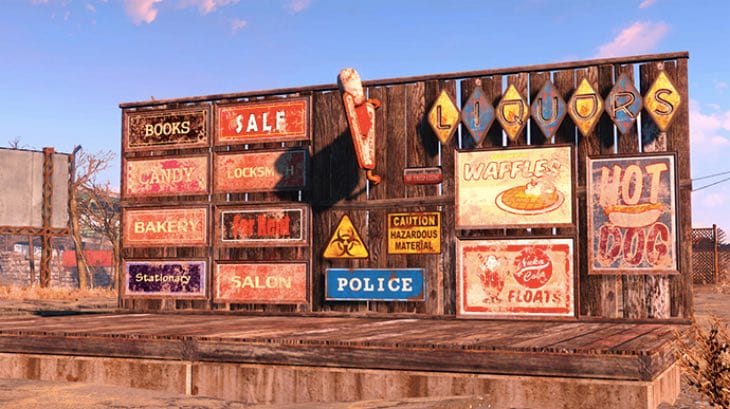 With 1.4, your game on PS4 and Xbox One should also perform better with Bethesda adding even more stability and performance improvements.

Now on to the main matter – when is the Fallout 4 1.4 update out for PS4 and Xbox One? The developer has said it will be live before the end of the week so given that it is now Thursday, Friday March 11 should be the date when you can finally enjoy the latest update. 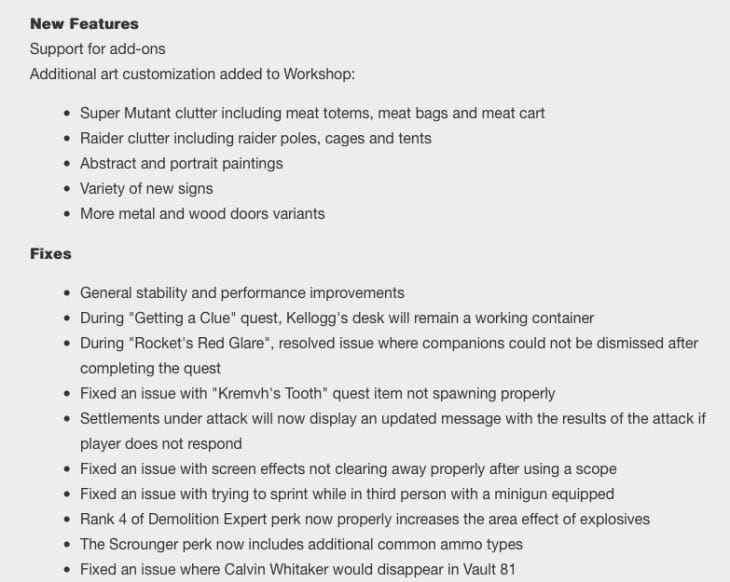 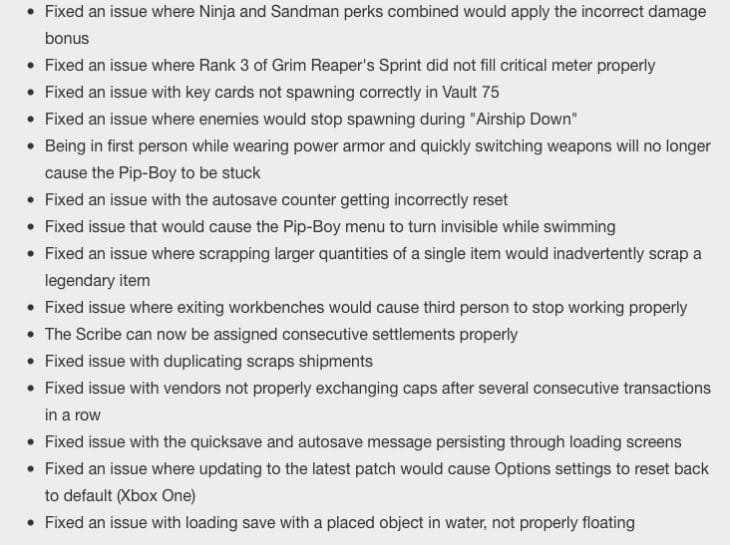 Give us your thoughts on the update notes above and let us know when the patch is live in your area on PS4 and Xbox One – we’re not sure if both platforms will get the update at the same time, we expect it will vary between platforms.

You’ll find the patch notes above, let us know what you think of the Fallout 4 1.04 changes below and anything else you spot not mentioned.