Hours ago we told you that the first console update for Fallout 4 had gone live on PS4, with the 1.02 update which is now available to download.

Unfortunately, the same update is still not available on Xbox One and obviously we can see that many of you are asking when the Fallout 4 1.2 update is out for Xbox One.

Bethesda has updated gamers on Twitter by saying that it should still be out this week, so hopefully before the weekend comes Xbox owners will be updated alongside PS4. 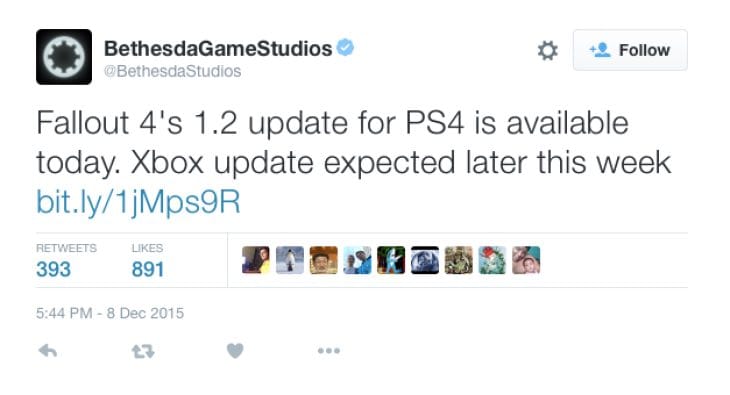 You can get a heads-up on the Xbox One Fallout 4 1.2 patch notes here, with Bethesda issuing various quest fixes and also offering general stability and performance updates.

The first console update has been a long time coming, but hopefully there won’t be future delays when it comes to rolling out the Fallout 4 1.3 update for PS4 and Xbox One.

We’re assuming that Microsoft’s certification process is to blame for the delay, but let us know below as soon as you see the download notification.