Rock band Fall Out Boy has seemingly taken advantage of the Flappy Bird craze by having their own parody app made. Fall Out Bird has just released on Android and will be incoming to iOS in the next few days pending approval. This will be a new app in the long line of replacements that have been dished out since Flappy Bird was taken down.

In essence the game has not really changing much, players have to navigate the disturbing winged head of the band members through guitars. The background music whilst you play the app is a familiar one, the band’s very own ‘Young Volcanoes’ track. You can see some gameplay of Fall Out Bird below, each time you die the character swill switch to a new one.

Fall Out Boy are made up of Patrick Stump, Pete Wentz, Joe Trohman and Andy Hurley; all of whom are playable in Fall Out Bird. The app was coded in less than 24 hours in a rush to take advantage of the media attention around Flappy Bird, the rapid creation of the app promoted a comical tweet from the band’s official Twitter account: ” Rome wasn’t built in a day, but this game was.” 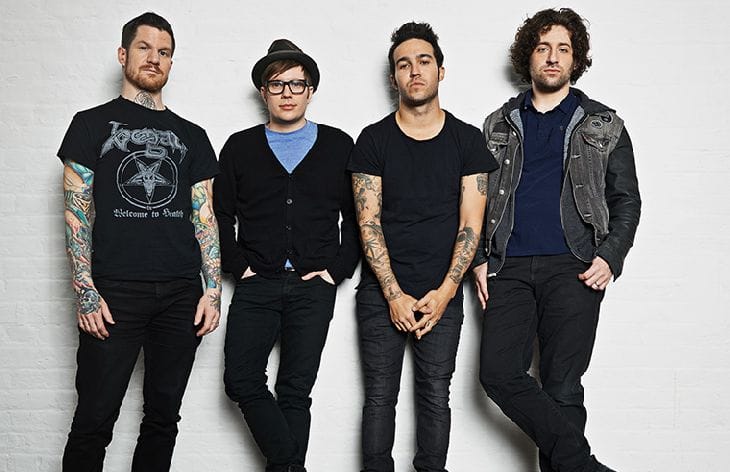 Now that Fall Out Bird has flown in to the Google Play Store, it should be the subject of mass downloads. More from Fall Out Boy fans for fun, rather than Flappy Bird addicts needing a new kind of satisfaction. Fall Out Bird should be available in the App Store for iOS next week at the latest and is free on both platforms.

The US band has had the game created more for comical fun rather than to make a few extra bucks, so do not expect the same level of attention as the app which inspired Fall Out Bird. Fans of the game have already been posting and sharing their record scores online, many of which have been retweeted by the Fall Out Boy Twitter account.