We can see that there’s a lot of casual PC users who are getting tricked into believing that their PC needs a Windows drive update as a matter of necessity.

Unsurprisingly though, it’s yet again a new wave of fake Windows updates that are currently doing the rounds when you visit websites such as YouTube.

We saw these type of fake Windows driver updates in January 2016 and now they are appearing again in April. As highlighted by WorldStart, these are not genuine updates at all and just a way of gaining access to your personal data on your computer. 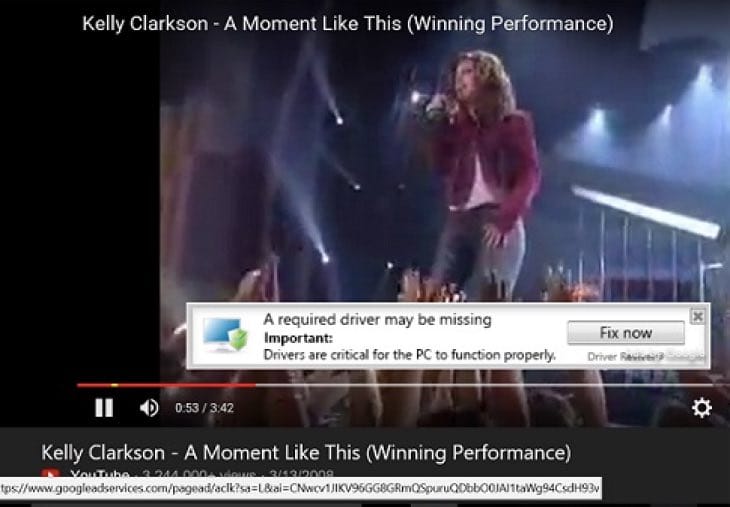 You can actually see that these Ads are generated by Google which is frustrating, but obviously set up by a third party with the intention to do damage.

We would recommend that before you click these ads, hover over them and double check that this is actually an Ad from Google rather than a genuine pop-up from Microsoft.

It also goes without saying that you can manually check for driver updates in your Windows Device Manager section. Have you been seeing these fake Window Ads recently on your computer?

Let us know your experiences with this below.