Facebook very rarely takes to its Facebook page to talk about problems, but they had to update its users on the iPhone battery drain issues when the app is being used. We know first hand the issue that the app has been having ever since iOS 9 was released, as people are able to see what apps are using the most battery life because of background activity.

The social media service has now announced its latest app update now goes a long way to fix the iPhone battery drain issues users have been experiencing. It’s not yet known how much of an improvement Version 42.0 will be, as we have only just installed ours to give it a test run. 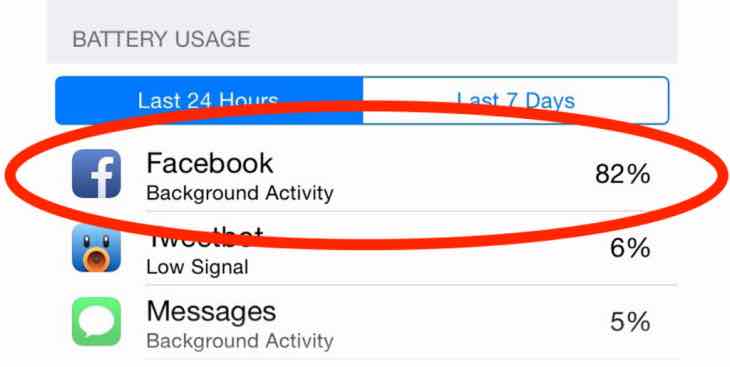 Saying that, we have never really noticed too much of an issue with battery drain with the Facebook app. One issue we do have on a regular basis is that the app will often get stuck with the spinning wheel on WiFi, and have to turn WiFi off and use mobile data for it to rectify itself.

Facebook battery life issues explained – Ari Grant from Facebook said that one of the reasons why there had been significant battery drain is where the app would be telling the CPU to be doing something all the time, even when it was not needed, this led to the CPU spin state. Another reason is to do with audio sessions, as its management was not correct.

There are still changes that need to be made for even greater improvements, but Version 42.0 is a step in the right direction.