Today must have been one of the best days yet from the Mobile World Congress, more Android tablets and handsets were being announced, but it was HTC and their Facebook phones that go a lot of the attention. We mentioned earlier about the ChaCha and the Salsa, but now we have learned that AT&T social network phones will be coming in 2011 as well.

We do not know what the phone/phones will be called, but they will not be exactly like the two unveiled today. However, according to AllThingsD, they will have almost the same abilities. It is not certain if AT&T and HTC will launch one, two or more of the Facebook phones, as they have yet to finalize their device plans.

The idea of a Facebook phone has started to get people talking about a Twitter handset (they have forgotten about TwitterPeek), and it seems that CEO of the micro-blogging website has said that such a handset will never be made. Again, do they not remember the TwitterPeek? 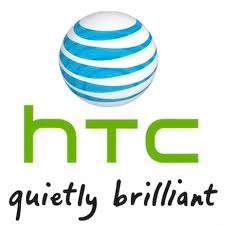 One would assume that a better version of that handset would be released, as mocoNews reports that over 40 percent of tweets sent are from cell phones. Instead CEO Dick Costolo did say that they hope to offer better integration on current smartphones.