Are you still holding out on the hope that Facebook Paper for Android is on the way soon? We have heard nothing to suggest that a release is coming soon though, with Facebook now focusing on the iPhone version with a brand new update.

We can tell you that Facebook Paper 1.0.2 has now been updated on iOS and it adds even more functionality to the social app to make users tempted to keep Facebook Paper on their mobile devices.

Facebook are obviously aware of those consumers who may be under the impression that Facebook Paper isn’t worth keeping, especially with other apps such as Flipboard already available.

To help counter these feelings, we have a list of new features that Facebook has deployed in their latest update for Paper. These include the ability to share articles via Facebook Messages, text message, or email. 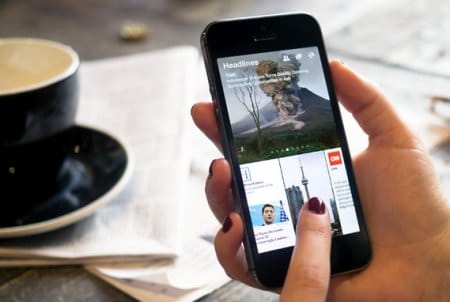 You can also now turn off sound effects if you prefer, a method which Facebook claims will encourage you to ‘enjoy the silence’. Stories can now also be created in languages that use multi-stage input – such as Chinese, Japanese and Korean for example.

While it’s nice to see frequent support from Facebook at this early stage, it is not going to slow down the complaints and outrage from Android owners who are wondering where their app is.

It feels like Facebook Paper could be exclusive to iOS at the moment and this is a possibility that is not going down well with Android owners considering such a high profile launch.

If you are an Android owner, get in touch with us. Would you still like to use Facebook Paper, or will you look for alternatives and take your interest elsewhere?