Once again, we can see that there are problems with Facebook Messenger down with messages not working on January 21, 2016. This looks to be the first big issue with the popular app in 2016 and hopefully it will be the last.

It is frustrating when you use the app fine for one moment, but the next your Facebook messages are gone, with the history having seemingly been deleted and on top of that – conversations won’t load.

We’re not sure how widespread this is at the moment, but we do know that quite a few of you have been affected by this – highlighted in some of the recent feedback over on Twitter hours ago. 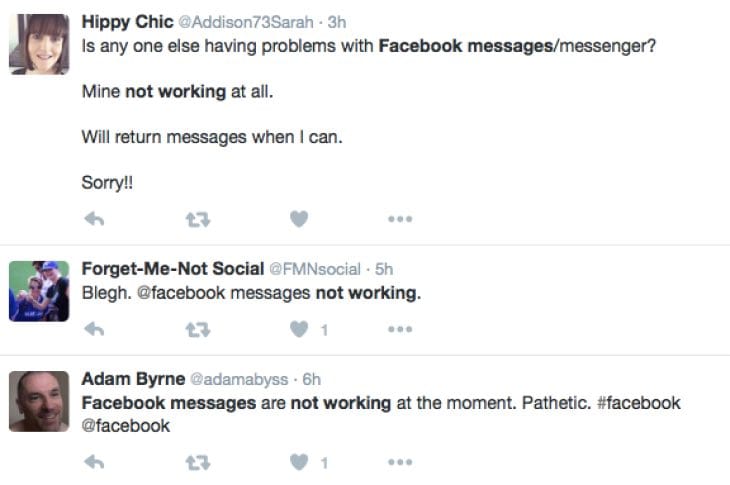 Many of you have been telling us that you can’t send messages on Facebook Messenger due to the problem and we can only hope that Facebook’s team are trying to fix the issue as we speak.

There has been no status update as far as we’re aware, which is strange since Facebook Messenger users have been having problems for many hours.

Are you suffering from this at the moment with Facebook Messenger down in your area? Let us know your location so we can track how widespread this is and whether this is a global problem that we are dealing with.