The Facebook Messenger app has had its fair share of problems in recent days that include the service going down within the last couple of days, which meant users found Facebook Messenger not working on both Android and iPhone. This slight glitch isn’t the biggest problem facing Facebook, and the ratings reveal some insight into real upset with fans of the social network that obviously hate recent changes.

Facebook Messenger updated to version 10.0 exactly one week ago today on Apple’s App Store and this update brought bug fixes, changes to the way you view photos/video, and improvements to photo sharing to make multitasking simpler.

Over the last week we’ve seen users leaving ratings for the updated software and it doesn’t look good so far. The current user review rating is 1.5 stars, and this comes from well over 6,000 reviews after dissatisfaction that people have to use two apps for Facebook when they want to send messages as well. This is a big issue for the community and one you might have to get used to over the coming weeks. 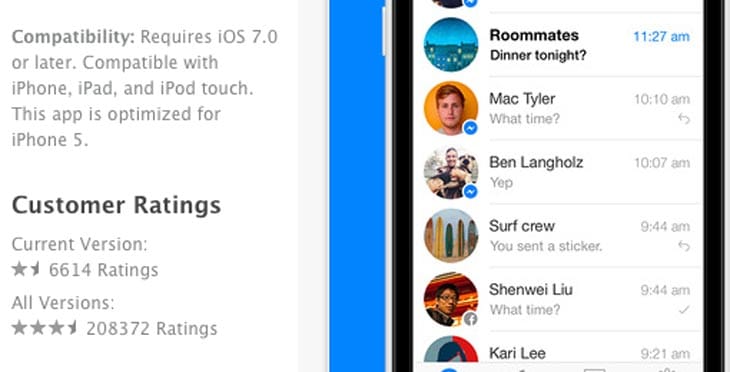 There’s been teething problems during the transition with some of our readers claiming, “I can’t send messages and none of my messages will load within the Facebook Messenger app”. Another comment clearly revealed dissatisfaction with the forced download to chat, “I have just been forced to download the other app, this is really stupid”. 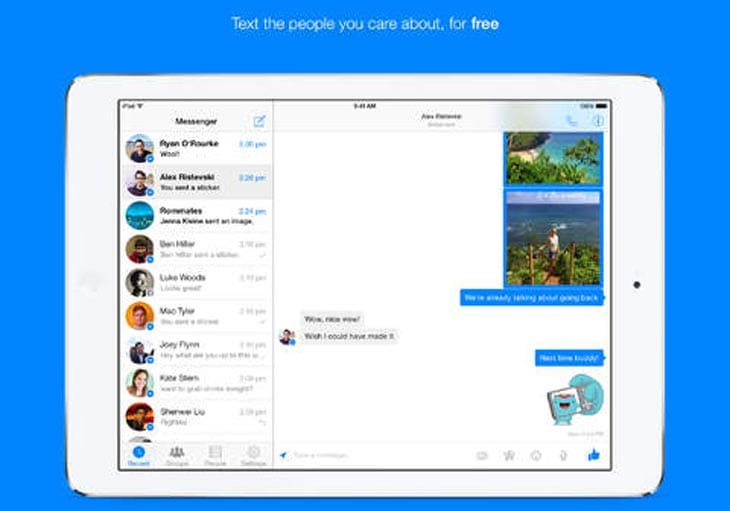 It’s worth noting that before these changes were made iTunes featured over 20,000 ratings at over 4 stars, so this is a massive change and a clear signal from their users. We now wonder if anything will be done if the problems being signaled in relation to the change continue.