Supported apps for Windows 10 have not been released as fast as we would have hoped, and since the Surface event last March, users have still been waiting on Facebook Messenger app for Windows 10 to be released. It’s now been five months, and still nothing, although that could be about to change.

Some screenshots have appeared on WindowsBlogItalia showing what can only be the native Facebook Messenger app for Windows 10. We cannot be certain when its release will be, but with these images now leaking, users are hoping that it will be imminent. 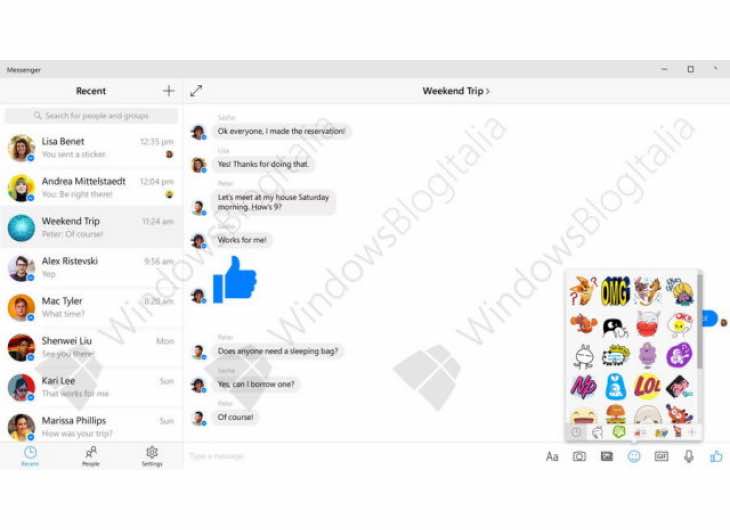 There are currently two choices for Windows 10 users wanting to use Facebook Messenger, and they are either login to Facebook.com, or visiting Mesenger.com – which we know people tend to use a lot less.

This can tend to be a bit of an issue because it’s yet another browser window to open, and we know how funny Windows 10 has been for some people – even more so with Acer’s 2-in-1 tablet.

Looking at the images of the native app, it does look very similar to the Messenger.com UI, and so adds some familiarity.

We know that the app exists because Facebook have already conformed this, the only thing we now need to find out is just when its release date will be.