Is it us or does Facebook only live for controversy? We say this because of the recent news of a new feature called Facebook Facial Recognition. It seems that the upcoming service has met with some hostility, and Google has come out and said that it is not for them. We already know that they have the technology to do so, so it is very interesting to see that the search engine giant is taking the high ground.

What has caused all the hostility is the fact that Facial Recognition will be an automatic feature for Facebook’s 500 million or so users, they have to turn it off manually if they do not wish to participate. The issue is that so many of those users will not even think of that, so are forced into using the service.

We have to admire how clever it is, as it will scan all the photos on your wall and then try to add the name of each person. Apple already does this with their iPhoto program — but we all know how inconstant that can be. However, Facebook believes that they have a solution. 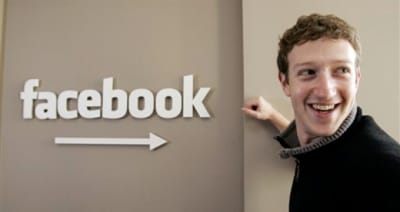 All they need do is limit the amount of faces that they need to recognize in users contacts, CNN learned of this from Ipplex CEO Orang Dialameh. The news website also spoke to Google’s Hartmut Neven, who also had some words to say on the subject, “Let them get burned first. There would be some backlash.”

One thing we do know, the service is coming, so you had best remember to turn it off if you do not want to use it.