Sometimes it seems that Facebook is taking over the world the amount of times the networking site dominates the news. Whether it is a lawsuit or how many users the site has, Facebook is never far from the headlines. Security has been a major headache at times with unscrupulous parties trying to trick users into giving up delicate information.

But now according to an article by Barry Collins over at PCPro Facebook are allowing app developers access to users home addresses and phone numbers. Previously the site has had trouble with apps getting users sharing personal data, with the hope of finding out who has being looking at their profile being among them.

According to the Facebook Developers blog applications will now be able to request access to user’s personal data like home addresses. Now some security experts are advising Facebook user’s to remove all such data from their accounts to avoid any future problems. 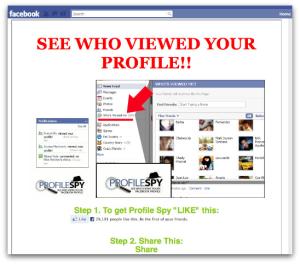 Senior technology consultant Graham Cluley said “I realize that Facebook users will only have their personal information accessed if they ‘allow’ the app to do so, but there are just too many attacks happening on a daily basis which trick users into doing precisely this, “Shady app developers will find it easier than ever before to gather even more personal information from users.”

He added “Wouldn’t it better if only app developers who had been approved by Facebook were allowed to gather this information?” A great number of Facebook users a wise to these types of scams, but with over 500 million people using the site now there will still be quite a few falling for the tricks.

What do you think? Should Facebook stop these applications?