The Facebook app is not working with connecting problems on April 8, as reported by Product Reviews readers and thousands on Twitter today. Reports about the Facebook app going down started a couple of hours ago, but have since increased with outage reports climbing on both Down Today and Down Detector in the last hour.

As you can see from the screenshot below for a “Facebook down” search on Twitter, there’s messages being left every few seconds reporting problems with connecting to Facebook. One user said, “I keep getting an error loading the news feed and it’s been this way since 10am on Facebook. I keep getting told I have notifications that I can’t access”.

One of our readers said “what’s going on with Facebook? It’s been down all day and I can’t find out how to fix the problem”. Another added, “same here says can’t connect”, so it’s clear there’s major issues. 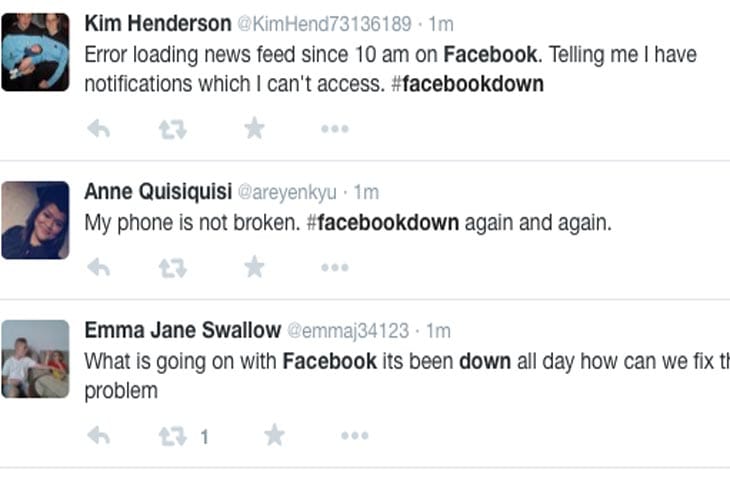 Have you had problems connecting to Facebook today within the app and if so, are your issues with Android or iOS? We have reached out to Facebook support and can’t find any statements on April 8, so for now it looks like we need to wait until these connection problems are fixed.

We run a few tests on an iPhone and found loading the newsfeed almost impossible and that was our only error. Others are reporting errors with everything on Facebook when trying to connect within apps, so leave a comment to let us know what’s down for you and on which platform.