With both Fable 3 (III) and The Witcher 2: Assassins of Kings being released on the same day for the PC, we thought we would have a look at their review scores. What we found interesting is the fact that one title disappoints, while the other will give you an experience that is tough to beat — can you guess which though?

OK, so you might have guessed that it is Fable III that is a bit of a let down, as the stories are now starting to look their age. One would have assumed that the creators would have added something fresh, but they seem to have let us down. IGN has only given it a 6 out of 10, which to us is a bit of a flop. However, we should never take one persons opinion, although some of the comments coming in do seem to support IGN’s review. The worrying thing is, the C version is said to be better than the Xbox 360 version.

Fable III for the PC scored 8.0 for the sound, but was let down poor gameplay and no lasting appeal. As we mentioned above The Witcher 2 scored much better, with Bitgamer giving it 95 percent out of 100. The developers seemed to have made the game less complex while also managing to fix all of the flaws from the first game. 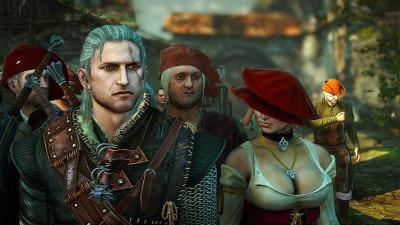 There are some games like this that are too afraid to punish you when you get things wrong; not this game though. If you make a mistake you will know about it. Overall it is easy to tell which is the better game of the two, but do you share in these findings?

Fable 3The Witcher 2: Assassins of Kings