If you have been following the latest social media trends, you’ll know that one of the biggest right now is the huge talking point regarding Fabian Delph’s u-turn in deciding to join Manchester City after initially stating publicly that he was staying at Aston Villa.

Fans in the UK have been debating over this for days and now we can even see that others are joining in. Take UK network provider O2 for instance who have just sent out this Tweet on their official page today. 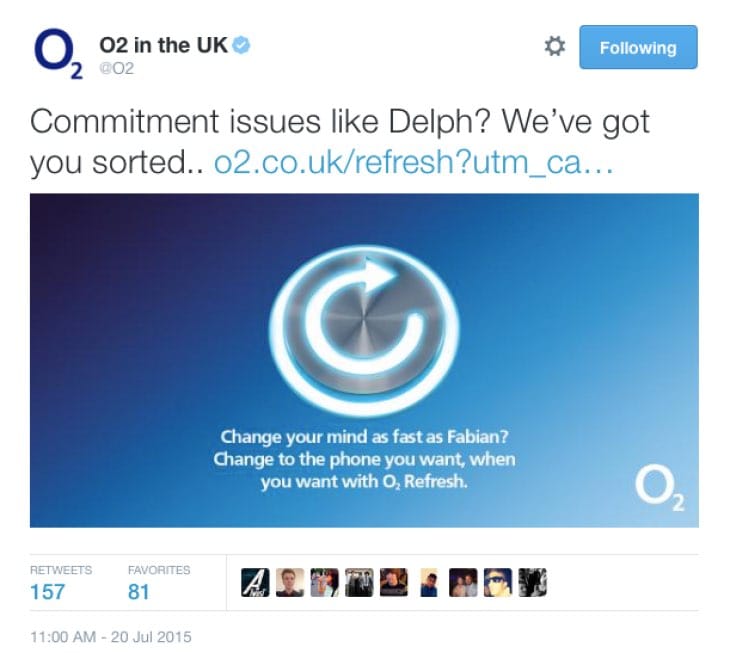 In case you missed it, ‘Change your mind as fast as Fabian?’ is a blatant poke at the current trend on Twitter whilst at the same time providing a plug for O2’s new Refresh service.

Refresh is a new type of contract from O2, allowing consumers to split their bill into two halves and then only pay half the bill once the device has been paid off.

What a clever idea by O2, but dare we say it very cheeky at the same time. Let us know what you think about both the Delph MCFC decision and indeed whether O2’s Refresh service appeals to you as you contemplate an upgrade this Summer.