With the exciting launch of F1 2015 finally upon us with the F1 2015 release date set for July 10 this week, we now wanted to bring you some gameplay following on from Lewis Hamilton’s brilliant victory at Silverstone this past weekend.

Now you can see how this will translate to the gaming world, with a look at 5 minutes of solid gameplay showing Lewis Hamilton racing through the Silverstone course.

While we know that most of you will be picking up a copy of F1 2015 on PS4, we have some gameplay to show you which is captured from the PC version of the game running in 1080p and at 60FPS. 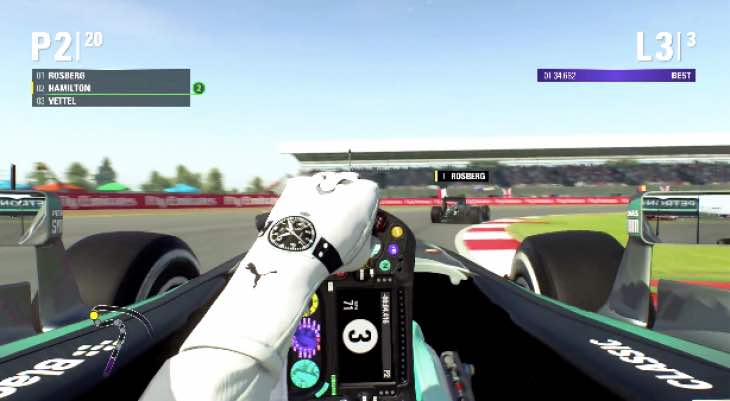 The gameplay looks solid enough, but some of you may raise a few eyebrows about those graphics. F1 2015 has never been about the graphics though and who knows, maybe some folks will be able to conjure up some graphical F1 2015 mods on PC to improve textures further.

Do you plan to buy F1 2015 on July 10 or have you already received your copy, since we can see that some have already boasted on social media about getting the game early?

Are the graphics seen in the video below a problem for you or not?