A couple of days ago we brought you the frustrating news that the release date for the upcoming first-person shooter game F.E.A.R. 3 had been pushed back from March 2011, until May 2011. We now have more news for F.E.A.R. fans, only this time it’s about the recently-revealed Collector’s Edition.

As Tom Ivan over at computerandvideogames.com recently reported, the Collector’s Edition of F.E.A.R. 3 will feature a SteelBook case, a special comic, an in-game gun and a (rather strange) figurine of a pregnant Alma, which according to Richard Mitchell at joystiq.com glows in the dark!! 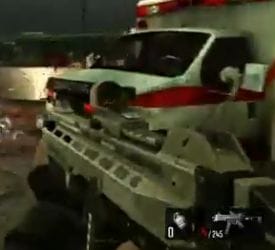 The news doesn’t appear to stop at the Collector’s Edition details either, as Warner Bros. Interactive has just released a brand new trailer for the upcoming title. As Tom Ivan reports (see recent CVG article here), the trailer shows off the game’s “divergent” co-op mode.

The mode allows players to take on the role of Alma’s sons, Paxton Fettel and Point Man, who both offer different abilities. Point Man is described as more of a traditional gunman that likes firing off rounds, while his brother Paxton Fettel has psychokinetic powers.