Earlier on we informed you about a potential ‘next gen’ feature for the Sony PS4, potentially allowing gamers to use a share button to record up to 15 minutes of PS4 footage or gameplay simply with a press of a button on the new PlayStation 4 controller. Now, we have some comments from industry analyst Michael Pachter to share with you, as he’s given his thoughts on the rumored PS4 reveal on February 20 during Sony’s PlayStation Meeting 2013.

The analyst, known for his hit and miss predictions has said to Bloomberg that he is ‘100 percent certain’ that we’ll see a PS4 unveiled at Sony’s PlayStation Meeting on February 20 in New York City. He has also gone on record to say that Sony’s new console will feature ‘hyper realistic’ graphics and that frame rate potential could be boosted all the way up to 240FPS.

Considering that game developers still struggle to give us 60FPS games on a regular basis, we doubt very much that a gigantic leap in FPS is coming to the PS4 to stay. Constant 60FPS games at 1080p as a mandatory requirement will do us just fine and we’re sure a lot of you would be satisfied with this as well.

What exactly is hyper-realistic graphics anyway? This look at Pokemon transformed using hyper-realistic methods could be a nice indication of the realism and changes we can expect to see, or even this fantastic hyper realistic look below at everyone’s favorite, Morgan Freeman for a human based example – this looks quite amazing frankly. 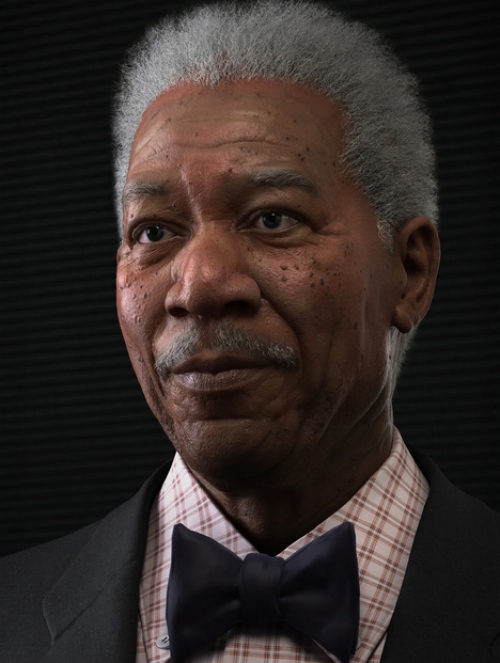 We’ve already seen hints on this approach to graphics with the likes of Heavy Rain on PS3, but could the switch to next-generation gaming on PS4 make this a much more universal feature across all games? It is a mouth-watering prospect for sure and we can’t wait to see what Sony has to show on February 20.

Let us know what your thoughts are on Pachter’s 240FPS predictions, as well as your opinions on hyper-realistic graphics.