If you own a PlayStation 3 and you really enjoy playing platform-style video games, I think we may just have some exciting news for you. Curve Studios has just announced a release date for its upcoming retro-inspired platforming game, Explodemon!

According to a recent article by Tamoor Hussain over on the computerandvideogames.com website, the new game will be available to purchase from the PlayStation Store on February 8th in the United States, and February 9th in Europe.

As well as having a confirmed release date for the Explodemon! title, which will cost you $9.99/9.99 Euros/£7.99, we also have news on a trailer for the game and a few screenshots. The game will feature 12 levels, full of puzzles, collectibles and secrets. 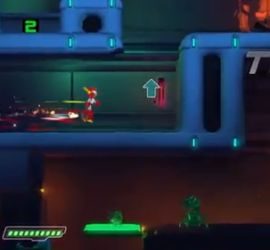 You can check out the Explodemon! trailer via the CVG website. In the meantime, the recently released screenshots can be found over on the gamershell.com website. What do you think of the upcoming game, and will you be downloading it?