The 2016 Skoda Superb launch in India is coming; we just don’t have an exact date for it yet. However, there is a great deal of excitement and expectation as to what has changed with the upcoming refresh, although we have already been given a few snippets of information.

We already have a good idea of the expected Skoda Superb 2016 engine lineup, which will mainly consist of diesel variants. The new Superb model is expected to come with the 2.0-liter four-cylinder TDI engine, the very same one used in the new B8 Passat. We suspect these two vehicles will share many of their parts with each other. 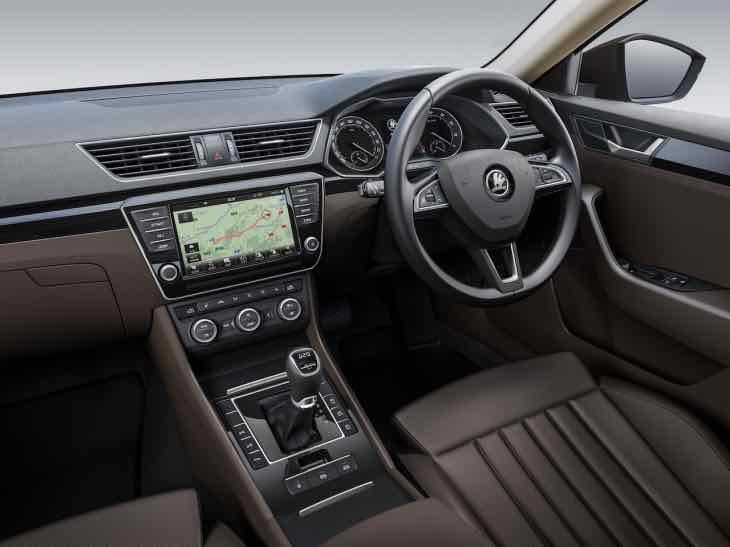 There will be two power options for this engine, the 150 PS and 190 PS, both of which will come with a choice of a 6-speed manual or a DSG. We also know there is to be a 2.0-liter TSI petrol engine with a power output of 220 PS. More details on engine options will follow once the new model gets its official launch, so for now it is more or less down to speculation.

The new model has already been spied testing in India; although it was not the much-anticipated 2016 Skoda Superb estate that people have been hoping see. However, at IAB did get a good shot of the 2016 Superb interior, which looks a lot more refined that the current version.

However, it is all very well seeing these teases, but what we really want to see is a full-on 2016 Skoda Superb review because we can already see people have been test driving them.