Now that the pricing for the Droid Bionic has finally been made available, it now makes the handset very real. We have been waiting 8 months so far since we learned about the device, as Motorola wanted to make certain that they got things right — we just hope that our expectations of the new Android smartphone have not been dampened, as the phone maker has made a huge number of improvements?

We have to wonder if Motorola knows that they have made a mistake by making us wait this long, since they have just released details of the Droid HD. The release date for the Bionic is still in September and the upgrades that Motorola has made will certainly give other handsets a run for their money — but is it too late? The improvements need to be special, as we are getting closer to the launch of the iPhone 5 and if history is anything to go by, Apple will not take any prisoners. 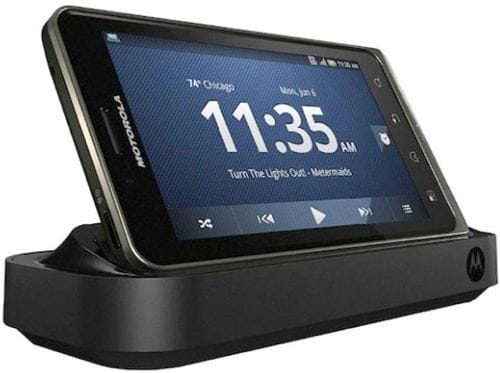 We have to worry that the phone maker is not confidant in their product, as they have gone on record to say that the Droid Bionic will be one of the best 4G LTE handsets on Verizon. How can a handset that has been delayed for numerous improvements not be the best LTE handset? We do have a theory on this though, maybe Motorola felt that by making it the best would have a huge drain on the battery, so felt that they needed a compromise.

This does make sense, as Moto have said that the most important reason for the delay was the consumer, and we all know how they hate poor battery performance — you only need to look at the HTC ThunderBolt to know what we mean.

DroidLife believes that expectations are now running high after Motorola started to make some big noises about the new enhancements, as they now believe that the Bionic will have something special — what this is we do not know.

What do you think the something special will be with the Droid Bionic?