For those that are having no problems loading up Exo Zombies with the new Advanced Warfare Havoc DLC pack, there are a ton of surprises waiting for you from Sledgehammer.

There had been intense speculation on whether Sledgehammer would be tempted to bring over both the weapon box and the pack a punch machine from Treyarch’s version of zombies.

We can now see that while the Exo Zombies mystery weapon box is there, being able to fully ‘pack a punch’ a weapon like we did in Black Ops 2 is not available.

What Sledgehammer has done though is bring aspects of the pack of punch over to Exo Zombies. For example, you won’t be able to own a killer version of a particular weapon by giving it a one-time upgrade for 5000. 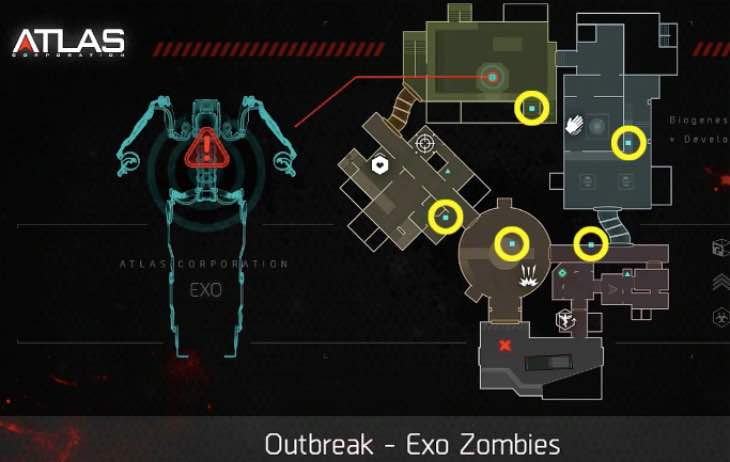 Instead, there are mini upgrades available in Exo Zombies, which cost 2500 and will provide you with a small stats boost such as increased damage, handling and recoil – whilst reloading your ammo.

There are currently two Exo Zombies weapon upgrade stations to find and we have a video below which shows you where to find them – one of them spawns in a much more ideal location compared to the other.

On the subject of the weapon box, we can see that Sledgehammer has taken a lot more direct inspiration from Treyarch. The weapon box location in Exo Zombies has 4 possible spawns, and just like Black Ops the box will move to a different location after prolonged use.

Watch the video below for a heads-up on the mystery box and the semi pack a punch system in the game. Let us know your experiences so far and your favorite weapon to use.