Zombies is now available on Advanced Warfare with the Havoc DLC pack. The big talking point though, is Sledgehammer’s s Exo Zombies Easter Egg in Advanced Warfare as there is definitely a big secret to unlock.

The great thing that we can see, is that it looks like Sledgehammer has made the challenge a tough one for zombie veterans. We all know how popular easter egg quests are on Treyarch zombies and now it’s great to see players getting stuck into the latest one on Advanced Warfare.

Right now, we can imagine that most of you are currently on the hunt for the Exo Zombies Easter Egg key card locations. This is the first step on the way to completing the Easter Egg but we can already see that this is proving to be a tough task.

As far as we’re aware, there’s four key card locations to find in Outbreak, for the four celebrity characters. Three of them are relatively simple to find, but it looks like nobody has managed to find the last one – in the entire world. 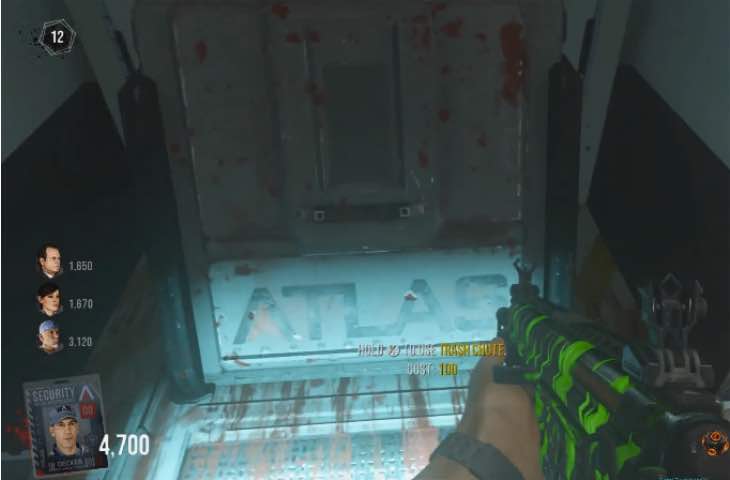 Specifically, we and many other players are stuck trying to find out where the Exo Zombies key card for Decker is in the Incinerator. You can gain access to the Incinerator room by travelling down rubbish shoots simultaneously when playing with three other teammates.

However, Decker’s key card in the Incinerator hasn’t been found yet and it seems that players are stuck on it for the time being. You only have a limited amount of time in this room with the moving wall, so where could it be?

Is everyone missing something and the card isn’t actually in the room? The audio clip suggests that it is though and we’ve even seen some players attempt to deploy drones in the room – to no avail.

We’ve added four videos below from NGTZombies to bring you up to speed. Three of them offer the locations for the first three cards, but the last one shows you the fact that nobody can find Decker’s key card in zombies yet.

Have you found it or know somebody who has? Share your own thoughts and ideas on solving the easter egg below – let’s crack it together!