We can confirm that this reward is an exciting one – Advanced Warfare Exo Zombies Mk 25 Diamond Camo weapons which are now level 25! For those asking how to get the diamond camo weapons in Exo Zombies, you can head to NoahJ45’s page for complete steps.

Once you have Decker’s key card, the remaining steps are fairly straight forward. The Exo Zombies Easter Egg ending cutscene is available too, although it isn’t as exciting as the ending to Black Ops 2 we have to say. 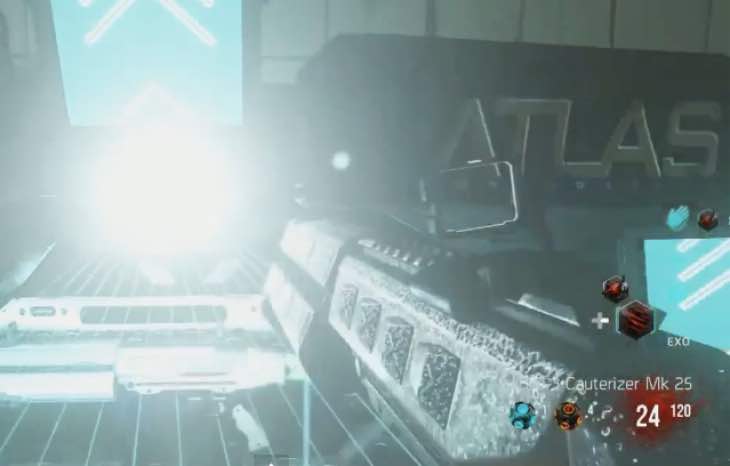 The real reward though is that a new upgrade weapons system is unlocked. Once you have done it, you’ll find that you can now upgrade your weapons past level 20 and get to level 25 with diamond camos.

You’ll know when you have done it as it will say max level reached on the screen. Check out the videos below which shows gameplay evidence and let us know if you have managed to complete it yet as well.

Overall, how do you think Sledgehammer’s first Easter Egg ranks, compared to Treyarch’s?