It looks like the idea of Call of Duty Black Ops getting zombies is pretty much confirmed unofficially, which has been helped by the information earlier today about the Co-Op Mode reveal that involved some tweets by Josh Ollin.

Today we have some exclusive information that seems to confirm zombies in COD Black Ops. Below you can see an image that was taken from a video showing a Black Ops montage of Black Ops gameplay, and at 1:11 of the video you could see what seems to be a zombie before the flamethrower toasts it. 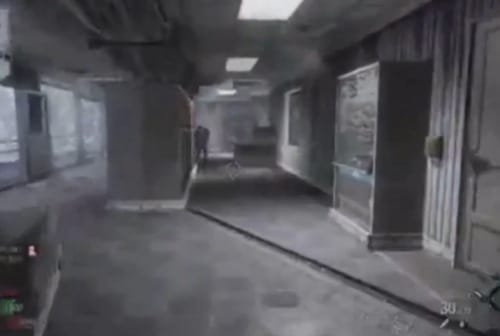 The video is shown below this post, and if you jump to 1:09 and watch the person move at 1:11 you can see the movements clearly are those of a zombie. Check out the video below and let us know what you think, we have watched it many times and we’re pretty convinced that is a zombie.

We hope they bring much more than just surviving in Black Ops zombies, and one idea we liked was a spec ops mission like in MW2, where one of you will be a chopper gunner killing zombies while the other tries to get to a point on the map.

Will you want more than just surviving in the next zombies, and do you agree that the video below shows a zombie?