We have been examining the new iPhone 5 for sometime — well the possibilities any way. However, we still do not know anything official yet, as we all know how secretive Apple can be, and there is no chance of a fifth-generation model being left in a bar this time.

So we know that there are no facts, but what we do have is plenty of hope, and top of that list is no issue with the antenna. We will not be happy if we spend a huge amount of money on a handset, only to be forced to cover it up to make a call. The most obvious of all the possibilities has to be a dual-core A5 processor, but other hardware changes need to be made in order to get the full benefit, such as more RAM and a more powerful battery.

We cannot expect the new iPhone 5 to be slimmer than the current model, as this will be a big ask for current battery technology. However, if we believe rumors of new cell phone towers, then this could affect how slim a phone will be in the coming years. The one hardware upgrade that many iPhone users have been asking for is an SD card expansion port, as this will make it much easier to share videos and photos with people. We would normally be able to do this via Bluetooth, but that’s another area that needs attention. 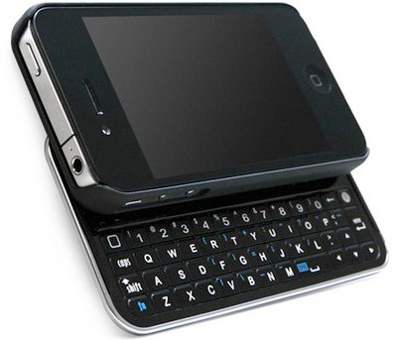 Apple has never been too bothered with the camera on its iPhone; it was only over the past couple of years that they have decided to address this issue. If Apple wants the iPhone to be the most complete device then they need to offer at least 8-megapixels, and improvements when taking photos in low-light conditions.

Let us hope that the White iPhone 5 will be launched at the same time as the black version, but there has also been comments from current iPhone owners that a greater color choice would be welcome. Current owners hate the idea of paying out hundreds of dollars for ColorWare to add a custom color for them.

The final possibility is for Apple to open up the new iPhone 5 to Sprint and T-Mobile — something that might not go down well with Verizon; who has worked for years to get the ultimate smartphone on their network. We cannot say what else these two carriers can bring to the table, but surely it would be better for all if all cell phones users had the chance to own one on their desired network.

As you can see nothing is truly known, but we can all hope right? What expectation do you have for the fifth-generation iPhone?