Earlier this week we gave you the exact lowdown on how newly released shooter Evolve looked on PC when running on max settings and with 60FPS.

Now though, for those that are interested we can bring you a direct look at the game with a Evolve PS4 Vs Xbox One Vs PC graphics showdown.

So far, the game has received excellent reviews on Metacritic from professional sites, but not so good user reviews from fans who are angry about the game’s DLC pricing strategy – we’ll get into that another time.

For those that want to analyse the graphics specifically though, we’ve picked out an excellent video from the guys over at PCGames.de that we think you will appreciate. 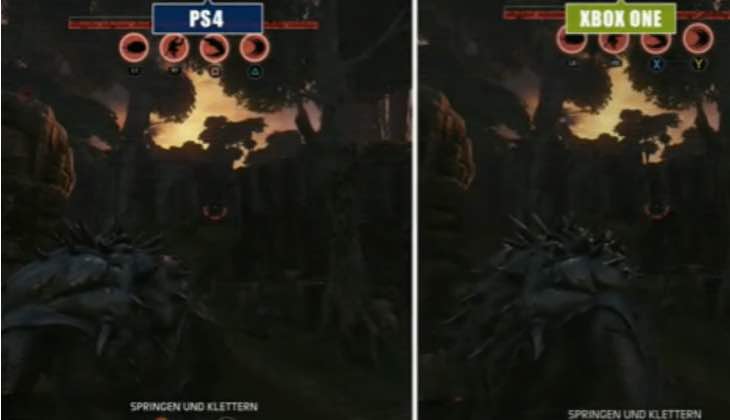 It takes a look at the three different versions including PC 4K, individually and then side by side so you can really see the differences – if any.

As you would expect, it looks like the PC version is shining in this particular analysis, but the console versions are not too far behind.

Check it out for yourself and let us know what you think – remember to press HD on the settings below to enjoy full quality.

Are you impressed overall with the graphics on all platforms for Evolve or not?