With just one day to go before the UK release of Evolve, we thought we would take a look at how it compares in price when bought from three different retailers. This is not just any sci-fi game, as this is said to be the best work Turtle Rock has done in years, and so it will be very interesting to see how sales will go.

Having said that, there are some very positive Evolve reviews suggesting this is the perfect way to carry on the Left 4 Dead torch, as that was also a critically acclaimed game. However, in an effort to make the game so much more popular, three UK retailers are vying for your custom, so which out of Argos, GAME and Tesco will get it?

Price of Evolve at Argos — If you go for the PC version, then this is to cost you £29.99 from tomorrow, whereas the PS4 and Xbox One versions will set you back £47.99, which to us seems a bit expensive. 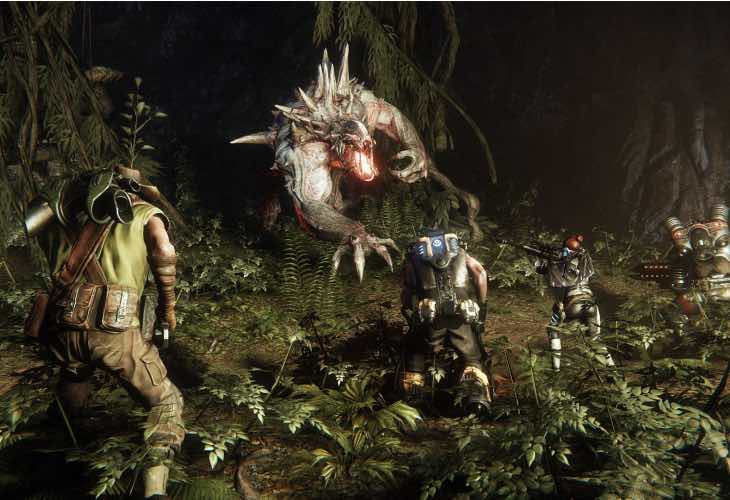 Evolve at GAME UK — As always, this gaming retailer has more than one version, and so would be the better choice for anyone wishing to get another version apart from the standard edition. For the PC you have Evolve, Monster Race Edition, and Digital Deluxe, prices of which are £29.99, £58.99 and £46.99 respectively.

As for the Xbox One, you have the standard edition, and the Special Edition only at game for £44.99 and £69.99 respectively, and also the same for the PlayStation 4.

Finally, we have Tesco, which seems like the best deal in terms of price. You will pay just £33 for Evolve on PC and £42.99 for the console versions.

Where will you be getting your copy of Evolve from, and what version?