It’s a great day if you are a gamer because not only is there the imminent release of the Xbox One update, but Turtle Rock Studios has been sharing some new details on its new online co-op shooter Evolve. Today has seen the release of some Evolve gameplay footage, which teases playable monster and hunter characters.

This is the first time that we have seen these playable Evolve characters, which you can see for yourself in the video embedded for your viewing enjoyment below. The video also offers insight on the Assault and Trapper classes from Turtle Rock’s Co-Founder Phill Robb.

Some gaming websites have been lucky enough to get some hands-on time with Evolve, with VG247 being one of them. There has been a great deal of hype towards this game, but thankfully, Stace Harman who got to spend some time with the game thought that it could actually be “one of the most satisfying multiplayer experiences” that he has enjoyed for a while now. 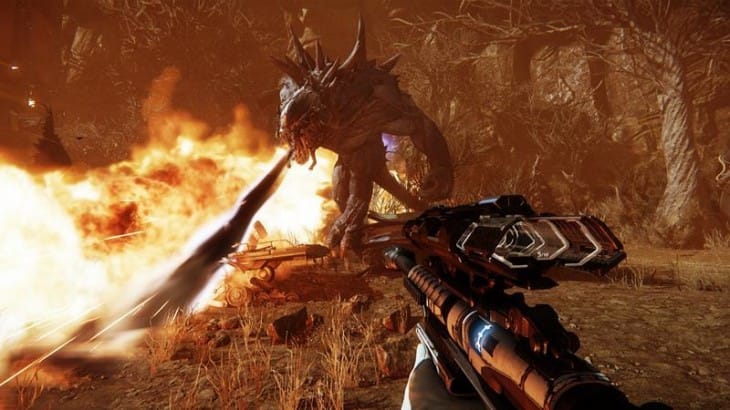 That’s a huge claim and so we look forward to seeing if the first Evolve reviews will back this up. However, looking at the Evolve gameplay footage we can see why there is so much excitement for the game.

This view is also backed up by IGN because they are also in agreement that based on the limited time they had with Evolve, it looks set to become one of “the most exciting shooters” they have played in a long time.

Do you have high hopes for Evolve, or do you think this title is overhyped?