We have some good news for Evolve players on PC now, as we are pleased to see that the Evolve 1.1 PC update is finally live. It introduces some welcome improvements including DirectX tweaks and we have the full notes for you.

The Evolve 1.1 Xbox One update went live a few days ago and now it’s good to see that developers Turtle Rock have wasted no time in giving PC users the update too. 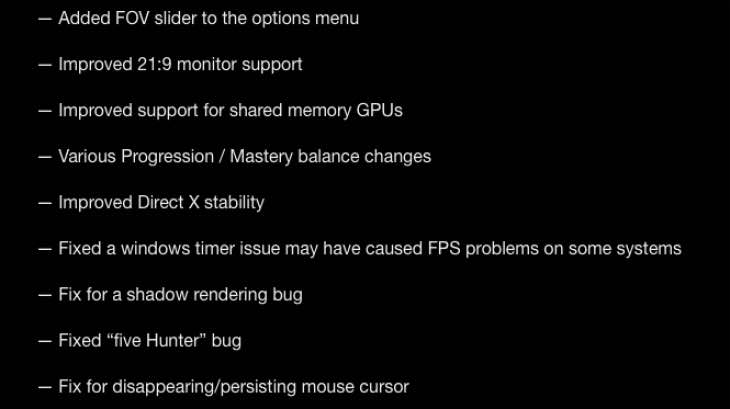 We have captured the full 1.1 patch notes for you above, which is direct from the official Evolve website. Hopefully the gameplay experience on PC will be a lot smoother for you now, especially with the DirectX stability improvements added.

Install it now and let us know how your game is after playing on the new update. Are you happy to have bought Evolve at launch, or is there anything that Turtle Rock needs to address?