Auto Express has managed to obtain exclusive images of the all-new Audi A4, and so you get to see just how it is set to look. However, with it being an evolutionary step instead of a revolutionary one, it looks set to have a tough time ahead. The car specialist website says that the upcoming A4 will go against the BMW 3-Series, the Mercedes C-Class and the new Jaguar XE, which has just entered production and set to be on our roads in May.

Audi A4 improvements will not only be in its exterior design, but also the technology hiding beneath all that metal. However, the biggest changes are expected to be with its comfort and handling, which is pretty much what happened with the new VW Golf. 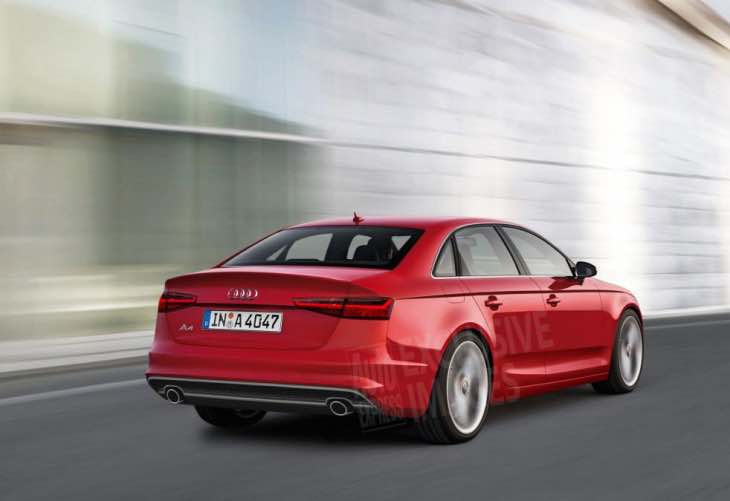 Audi knows that if it is to rival the Series 3, then it needs to sharpen the drive on the new A4, and with suggestions of improved feedback in the steering and less friction, the overall drive should be greatly improved.

The salon version will come first, with the Avant estate and Allroad following in 2016, although no doubt Audi will share more details on these other models in September during the Motor Show. It will certainly be interesting to see what the price range will be, especially with the new Jaguar XE to contend with.