There had been rumors that Samsung was finally going to bail out of the camera market because of tougher competition from rival makers, such as Panasonic, Sony, Nikon and Canon.

Well, it seems as though the evidence has started to stack against the South Korean company, as there may well not be a new Samsung 2016 camera lineup based on the fact that B&H have discontinued the NX1 mirrorless camera.

We know that the likes of Amazon still have this model in stock, but you have to wonder if Amazon, along with Adorama will also discontinue the model once stock has run out?

Before you start to think that we are reading too much into this, it is worth noting that Samsung have not released a new camera model in a year now, which is very strange. 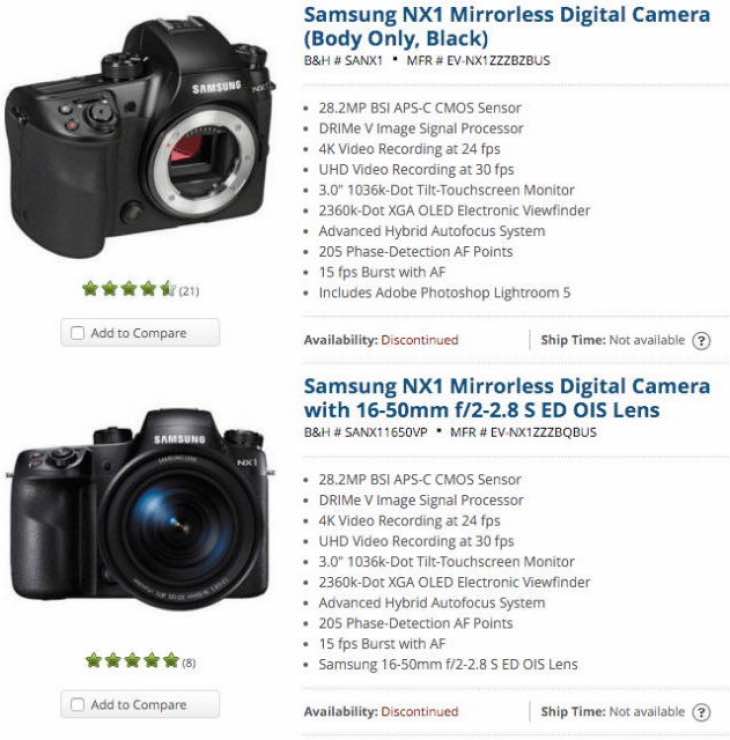 They could be working on something special and announce new camera models soon, but it is starting to look very unlikely.

Another reason to suspect that Samsung has finally pulled out of the camera game is going back to CES 2016, as they never showed any cameras during the event, which you would presume they would do.

Samsung has yet to officially announce that they will no longer produce cameras, but Samsung India did tweet that they have stopped, although we are not sure if this is just based on the Indian market.

Do you think Samsung have finally called it a day on cameras?